Why is Perovskite Poised to Transform the Solar Industry? 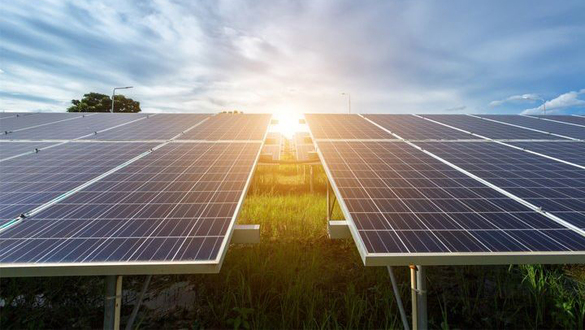 Perovskite solar cells have made amazing progress in recent years, increasing conversion efficiency from 3% in 2006 to over 25% today.

Perovskites have demonstrated immense potential as a novel semiconductor for solar cells. They are even receiving interest as a potential next-generation technology for powering spacefaring missions.

Perovskite is a relatively uncommon mineral now utilized to manufacture solar panels with more than 20% efficiency. These cells are the most efficient in the world. It is also the most rapidly expanding solar technology. However, contrary to popular belief, its production costs are quite inexpensive, making perovskite a very appealing option.

So, why is silicon, rather than perovskite, the primary raw element used in most solar panels? The key issue is that perovskite cells are still underdeveloped due to their short lifespan. Although scientists are optimistic that these cells will be ready for the market in the next several years, they still have some severe issues, such as high toxicity and durability.

It should be noted that the efficiency of a panel is determined mainly by the architecture of the cell and the kind and purity of the silicon. Currently, the efficiency of silicon cells ranges between 15 and 18%; silicon panels with an efficiency of more than 16-17% are termed high-efficiency panels.

However, perovskite intends to break these records! This material has exceptional optical, electrical, and magnetic capabilities, and its laboratory efficiency is now more than 23%, up to a 5-point advantage over silicon cells. However, its biggest fault is its lack of durability since these panels disintegrate quickly.

Fortunately, techniques are being developed to increase solar cell stability. For example, passivation is a procedure that involves the development of a type of coating that is deposited over the active surface of the solar cell and removes the faults that are formed during its manufacture, therefore protecting it from external agents.

However, this is not the only approach that produces good results with perovskite. According to new research at Brown University, a molecular glue that keeps cells from deteriorating greatly enhances stability while enhancing the efficiency with which sunlight is transformed into power.

Perovskite research entails more than just creating cells comprised entirely of this material. Technologies that combine silicon and perovskite have also been developed and show promise. Scientists have attained a 29.15 percent efficiency by producing cells created by these two minerals, according to research cited in SciTechDaily.

In summary, perovskite is a mineral that has great potential due to its availability, low manufacturing costs, and suitable properties that make it the ideal material for forming solar cells for panels. We'll see if the difficulties that hinder this mineral from being exploited as a transformational ingredient in the solar technology business are remedied in the following years.

If you power a house with half a cup of liquid and a cheap solution of perovskite crystals, imagine the possibilities. A solar panel is so light that it can be held in place by a single soap bubble. The holy grail of solar energy is that. So when will perovskite solar panels be employed in a household solar power system? This may occur earlier than anticipated.

Only 2% of the world's electricity is generated by solar power. Crystalline silicon-based solar panels provide for 90 percent of the total output.

Despite silicon's abundance, it is not a no-brainer due to the material's drawbacks in efficiency, manufacturing complexity, and pollution. Perovskites, a new type of thin film, have a promising future. There are solar yachts and even solar planes that can be imagined.

Solar 3.0: This New Technology Could Change Everything