What About Micro Nuclear Energy? 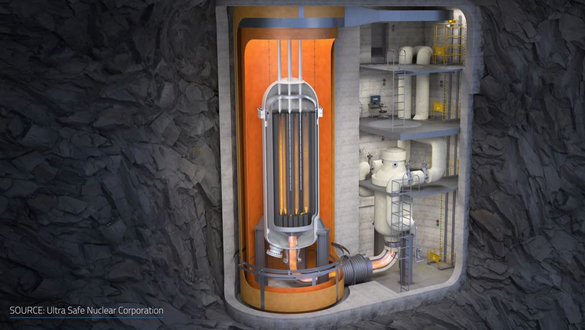 Small nuclear reactors known as microreactors, which may produce up to 20 megawatts of electricity, were originally planned for use outside the centralized electric grid, such as military outposts. Most microreactors are typically constructed at a factory and sent in shipping containers to different locations across the globe.

Even though nuclear energy is a stable and environmentally friendly energy source, the nuclear energy debate continues. It is not the preferred approach in the transition to renewable energy sources. The renewable energy sources of solar, wind, and hydro are garnering all attention. Nuclear reactors are large, costly, and time-consuming to construct, but what if we could make them smaller, more portable, less expensive, and safer? There is a lot of interest in small modular reactors right now, with the first prototypes going online in China and new places cropping up in Canada as well as former SpaceX engineers who have reduced things even further in size... down to the scale of a microreactor. Is this the way nuclear energy will be used in the future?