The Destruction and Rebirth of Pompeii 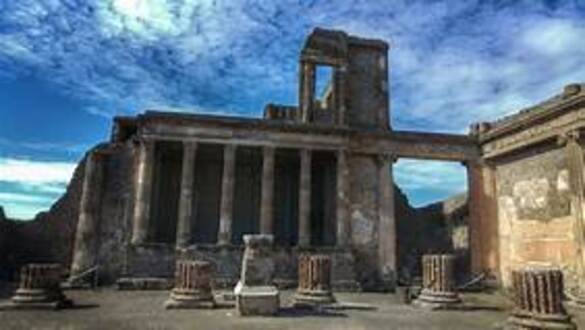 Pompeii was a Roman city in the province of Campania that existed in antiquity.

As a result of the eruption of Mount Vesuvius in 79 CE, the city of Naples and its surrounding regions were entirely buried in ash.

Even though this eruption and subsequent devastation of settlements would have been considered a tragedy in the ancient world, it has resulted in preserving many artifacts from the ancient world that would otherwise have been lost to time—making Pompeii the most productive Roman archaeological site discovered to date.

Excavations have taken place in the areas ravaged by the eruption of Mount Vesuvius, which happened in 79 AD, ever since the city was uncovered for the first time in more than two centuries.

As a result of the discoveries in Pompeii, several traditional notions about the Roman world were challenged, including how widespread bronze statues were and how bronze was more regularly utilized in Roman art than had previously been assumed.

The skeletal remains of those who were unable to flee the eruption, as well as plaster casts of their teeth, have revealed the damage done to their teeth during the eruption by stone chips in bread and an excessively sugary diet.

Textual evidence, including inscriptions, wax tablets, signs, amphorae labels, and graffiti, among other things, have been discovered at the site and are extremely valuable.

However, via the graffiti, we have gained a proper understanding of the regular inhabitants of Pompeii's thoughts, desires, and daily lives.

The Destruction of Ancient Pompeii