The Boom Supersonic Overture Aircraft is on the Horizon 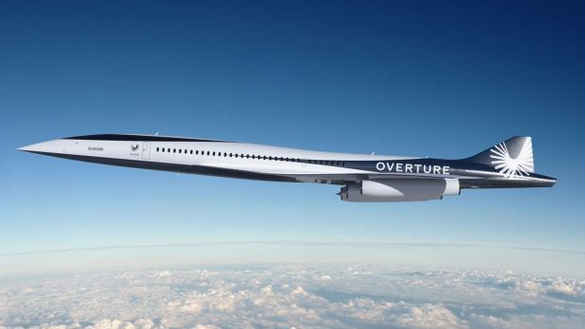 With the recent confirmation of its cooperation with Boom Supersonic, American Airlines claims that their new plane will travel at "2x the speed of today's fastest commercial planes."

AMERICAN Airlines has just acquired 20 supersonic aircraft, which will allow the company to travel between the United Kingdom and the United States at breakneck speeds.

A tweet from the corporation announced the acquisition, in which it also posed the question to consumers as to whether or not they would be interested in making the trip from Miami to London in less than five hours.

Earlier prototypes of the brand new high-speed jet were shown off during the Farnborough International Airshow, which took place in the United Kingdom.

The graphics were provided by the American aviation firm Boom Supersonic, which aims to produce both supersonic and environmentally friendly flying.

American Airlines has now revealed its relationship with Boom Supersonic and claims that the aircraft it develops would travel at a speed that is "2x faster than today's fastest commercial planes."

According to reports, the aircraft, which will be known as Overture, would be able to carry passengers all the way from the United Kingdom to the United States in under three hours and fifty minutes.