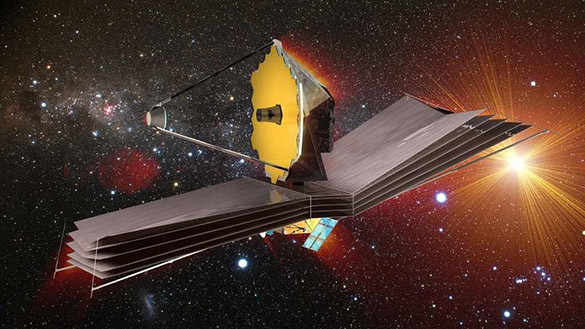 The James Webb Space Telescope will lead humanity's effort to unravel the universe's secrets. The Webb Telescope can search back in time to find early galaxies, distant exoplanets, and planetary systems.

The James Webb Space Telescope will play a pivotal and transformative role in advancing our knowledge of astrophysics and the beginnings of galaxies, stars, and planetary systems. For the space station to complete its mission, a number of creative and powerful new technologies, ranging from optics to detectors to thermal control systems, were created.

A warp bubble is a space that is squeezed in the front and expanded in the back. The notion itself is complex and needs a great deal of mathematics, but at the most basic level of abstraction, it is just a chunk of space that is compressed in the front and stretched in the rear. A warp bubble is analogous to a car traveling along a high-speed freeway. The contraction and expansion of the bubble and its components may theoretically propel the bubble and its components forward at speeds greater than the speed of light without violating the rules of physics: you are not traveling faster than light; you are exploring a compressed space bubble. Warp bubbles are especially important because they eliminate time dilation, a severe problem that occurs far more quickly than light travel.