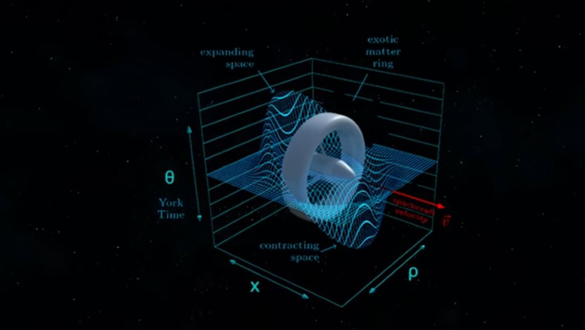 It's getting increasingly conceivable to envision creating a vehicle that, when equipped with a superluminal spacecraft propulsion system, would allow for travel at speeds considerably more than the speed of light.

Since the sound barrier was finally conquered, the focus of efforts to achieve the next level of technological advancement has been directed at cracking the code of the light-speed barrier. However, it seems that the laws of physics will not let people move at the same speed as light. Suppose we stop attempting to conform to the laws of physics and instead engage in creative problem-solving. In that case, we may be able to find a means to warp time and space to serve our purposes, even though this may be physically impossible. It is becoming increasingly plausible to imagine designing a vehicle that, when outfitted with a superluminal spacecraft propulsion system, would make it possible to travel at speeds far higher than the speed of light.

The technology is known as warp drive.

Although the notion has seen greater success in the realm of science fiction, it is possible that the apparently fantastical concept is not as far-fetched as researchers initially believed it to be. If you've ever seen a science fiction movie set in space, you're probably familiar with the concept.

You will find out the specifics of how we Earthlings are getting closer and closer to moving ten times faster than the speed of light.