Possibly the First White Hole Ever Discovered by Astronomers 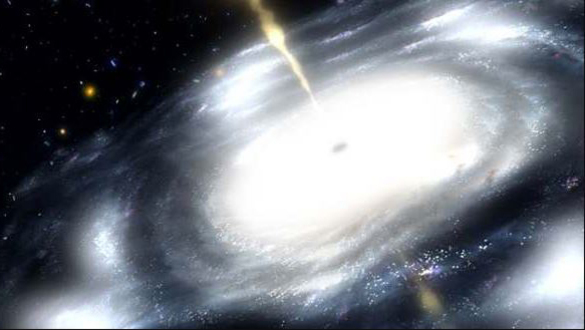 The existence of black holes was predicted more than a century ago, using only mathematical equations to do so. Now that we've taken the first shot of one, we may go on to the next. Black holes, on the other hand, continue to retain a wealth of mysteries. Similar to their even more enigmatic mirror twins: the white holes!

White holes are hypothetical cosmic areas that operate oppositely to black holes in their function. Nothing can escape from a black hole, and nothing can enter a white hole in the same way.

In the past, white holes were assumed to be a fabrication of general relativity, arising from the same equations that produced their collapsing star cousins, the black holes. Other theorists, however, have lately questioned whether these twin vortices of spacetime are indeed two sides of the same coin, as some have suggested.

Physicists describe white holes as the "time-reversal" of black holes, which is a movie of a black hole played backward, in the same way as bouncing balls are the time-reversal of falling balls. While the event horizon of a black hole is a sphere of no return, the event horizon of a white hole is a limit of no admittance, making it the most exclusive club in all of spacetime. There will never be a spacecraft that can reach the region's boundary.

A white hole allows objects within to exit and interact with the outside world. Still, since nothing can enter, the interior is shut off from the universe's historical record: no outside event will ever have an impact on the inside.

There are few things more terrible than black holes! They eat everything, including massive stars, dust, and stray spacecraft, among other things!! It is because of their unquenchable desire that they even consume light! However, the polar opposite of black holes exists, and they are no less dangerous than black holes themselves! These gigantic objects are referred to as white holes, and their discovery has sparked a flurry of excitement among astronomers everywhere!

The stellar black holes, which are the most frequent kind of black hole, are generated when the core of a giant star falls in on itself and collapses into itself. This collapse also results in a supernova, an exploding star, which sends a portion of the star soaring into space. Scientists think that supermassive black holes developed simultaneously as the galaxies in which they are found, which means that most galaxies, including our own Milky Way galaxy, include a black hole at their center.