NASA Discovery Suggests Life Might Have Existed on Mars 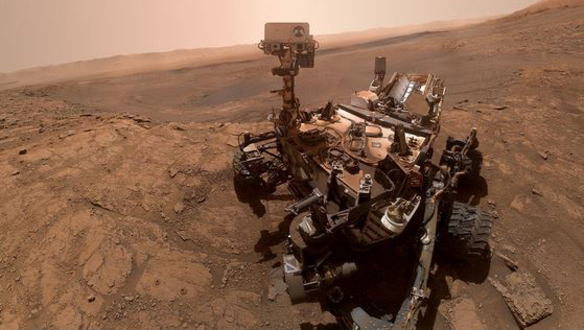 Caroline Smith, an employee at the Natural History Museum, talks about a recent finding discovered by a NASA rover that may give evidence of previous life on Mars. The discovery was made by the rover Curiosity.

The data returned by the rover and studied over the previous few months have led Nasa to the conclusion that there are igneous rocks there. In other words, they are rocks formed by volcanic processes that have been altered by the action of liquid water. And it's a lot of fun to think about. And this is pretty exciting since liquid water is one of the necessary components for life to begin.

As a result, if life is to exist on Mars in the future, it must locate a site with liquid water for at least a part of the time. And there is substantial evidence to back up that claim. This is now accompanied by the understanding that we are seeing the usage of instruments, one of which is an instrument in which I am involved. Also present are organic molecules, which are molecules, chemical compounds made up of the elements carbon, hydrogen, oxygen, and nitrogen, as well as, at times, some sulfur, phosphorus, and maybe other things. Organic molecules may be found.

Organic molecules are necessary as a requirement for life to exist, hence they are very important. Another intriguing aspect of organic molecules is that they have the potential to be fossil proof of chemical evidence of potential life that existed in the past. It is critical to highlight that, despite our best efforts, we have yet to establish beyond a reasonable doubt that the organic molecules we have identified so far represent evidence of a former life or even death.

NASA rover discovery reveals there may have been life on Mars