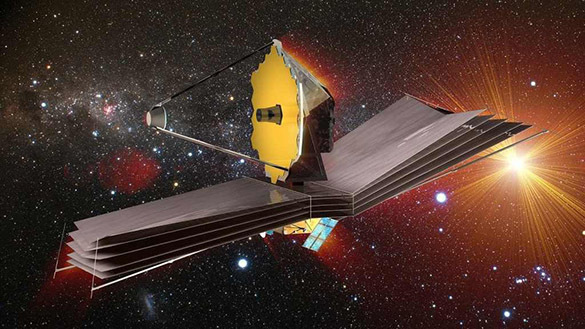 The Mid-Infrared Instrument, or MIRI, onboard the James Webb Space Telescope has attained a temperature of 7 kelvins (-266°C) to collect data in the mid-infrared band.

The James Webb Space Telescope has taken another step towards its goal of exploring the depths of the cosmos. Partway through last week, NASA reported that the JWST's equipment had attained its ultimate operational temperature of minus 448 degrees Fahrenheit (or minus 267 degrees Celsius). It was ready to begin capturing test photographs and aligning the telescope's optics.

It has been progressively cooling down since the successful launch of the JWST on December 25. Still, the telescope made a significant stride forward in this area when it deployed its huge 70-foot sun shield at the beginning of the year. JWST's systems, particularly the Mid-Infrared Instrument (MIRI), can operate at temperatures of about minus 298 degrees Fahrenheit due to this component (or about minus 183 degrees Celsius).

As a result, NASA and the European Space Agency had to activate the JWST's electric "cryocooler" to bring it up to its ultimate operational temperature. Getting over the "pinch point," or the moment at which the James Webb spacecraft's sensors moved from negative 433 degrees Fahrenheit to minus 448 degrees Fahrenheit, was an accomplishment in and of itself.