It's Possible That Mark Meadows Has Already Flipped on Donald Trump 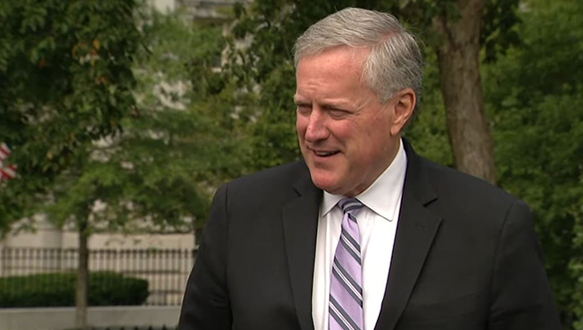 The full report from the January 6th Committee, which included the criminal referrals, has been thoroughly reviewed by a number of legal experts, and all of them seem to have arrived to the same conclusion: Mark Meadows may have turned on Trump.

Legal experts reviewed the January 6th committee's executive summary and criminal recommendations after it was issued last week. Legal experts from various businesses, media sites, etc. reached the same conclusion. All of these impartial experts say, that Mark Meadows, Donald Trump's former chief of staff, has already turned. Mark Meadows, the primary player, did obtain a criminal referral, but not for obstruction. Strange, huh? The man who refused a subpoena and obtained a criminal referral didn't get referred for obstruction again, and to a larger degree, when more of his attempts were exposed in the executive summary.

Experts claimed that's not usual. He did receive a reference for an attempt to defraud the U.S., which is precisely what I said these individuals would be charged with, but referral, whatever. Why? Why not list the positives? Why soften Mark Meadows' punishment? Because that makes the most sense, legal experts concluded that he's already collaborating. Here's how it may appear if it's occurring. The January 6th committee has recommended Meadows for prosecution. So they didn't drop everything against him, but they're not going after him for obstruction, which is one of the most obvious, including Meadow's assistant calling Cassidy Hutchinson the night before her testimony to tell her that Meadow knows she'll do the right thing tomorrow and protect him and the boss. That's witness tampering. We won't, however. Because he's collaborating, you probably won't go after it, even if it's clear. Again, the collaboration is speculative. We trust professionals. I'm only providing additional information. Cooperation is still occurring. DOJ isn't done.

Cooperating witnesses are needed. To guarantee continued cooperation, don't quickly pursue all allegations. Assuming the collaboration produces fruit, do you provide us with anything we can utilize to go after the larger guys? When we speak about greater men than Mark Meadows, that's Donald Trump, and I guess just Donald Trump, but who knows? If you can't offer us a larger prisoner than you, your collaboration is useless. We'll hit you with outstanding charges, and you're done. We'll be lenient since you cooperated. Expect a sentence reduction.

Here's what to anticipate or not expect. Here's what to watch for. If Mark Meadows is not prosecuted, it would indicate he cooperated completely and offered information to take down someone greater than him. Attention! Watch Meadows. If the DOJ doesn't go after Meadows, it's because he's been a good flipper and given them something worthwhile.