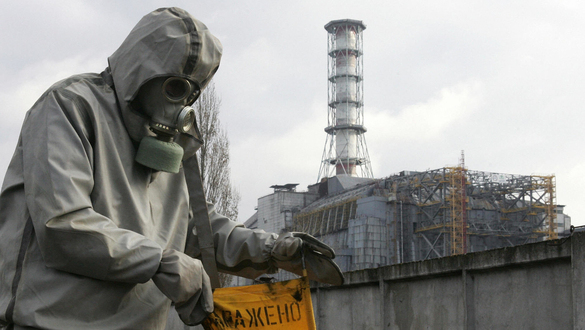 The containment is airtight and meant to keep radioactive material inside its walls. It is also intended to safeguard the reactor from external threats. It is, without a doubt, not engineering designed to survive a direct assault by military arsenal, but it is extremely robust anyway. Russian roulette isn't dangerous unless a bullet is in the wrong chamber.

The Russian military has taken control of Europe's most giant nuclear power plant in Ukraine, causing significant damage to the facility in the process. The incident has sparked worldwide worry, not least because Russian shelling set a fire at the Zaporizhzhia nuclear power facility in southern Ukraine, raising concerns about the possibility of a nuclear disaster occurring there.

It is extremely important to ensure the safety of nuclear power plants in Ukraine because the country, then a part of the Soviet Union, was the site of the world's worst nuclear accident on April 26, 1986, when an explosion at the Chernobyl nuclear power station, north of Kyiv, sent a radioactive cloud over much of Europe. Chernobyl was taken by Russian soldiers last week.

According to the nuclear authorities, one of the six nuclear power units of the Zaporizhzhia plant was currently in service, producing 690 MW of electricity. The others were either being cooled down or unplugged from the power grid at the time of writing. "There have been no changes in the radiation status," according to the statement.

Though the Zaporizhzhia plant is not specifically designed to sustain artillery shell impact, it is "very robust." But what if a sustained Russian attack did disrupt the cooling system???