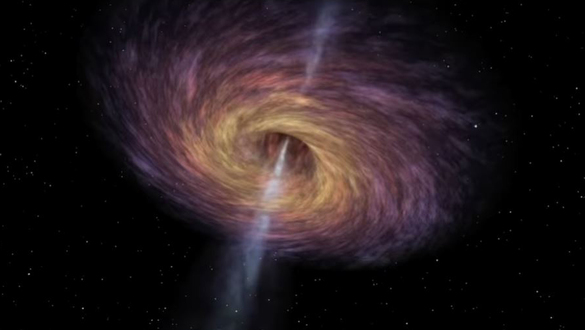 For the first time in history, astronomers have verified the presence of a black hole that is free to travel about at an extraordinary 28 miles per second through space.

After many years of investigation, scientists concluded that the object was most likely a black hole, most likely a solitary one that was separated from a star system. When seen from Earth, it seems to be traveling at a speed of around 28 miles per second. It is approximately 1,580 parsecs or 5,153 light-years distant from Earth, in the direction of the galactic center.

When it comes to how it got there, they argue that it was propelled there by a powerful cosmic "kick" from a star that was formerly its binary neighbor but was destroyed by a supernova a few million years ago.

One of the difficulties in locating black holes is that they are difficult to detect even at the best of circumstances, much alone when roaming about in isolation across space. In most cases, scientists can detect them by looking at the x-ray emissions produced when black holes "consume" neighboring material, a process known as accretion.