Gambling on Baseball is Now 100% Legal: So Why Isn’t Methodical Sign Stealing a Crime? 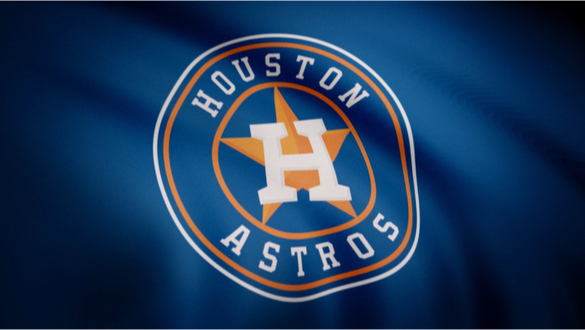 Professional scouts were convinced they heard what could have been the relaying of stolen signs coming from the Houston Astros dugout back in the final weeks of the 2017 regular season. One National League scout was so concerned about the possibility of sign stealing he complained to his front office to put the practice on MLB’s radar.

Convinced the Astros were stealing signs electronically and relaying them with some audible signal from the dugout at least one National League scout did everything he could to get his club to bring it to the attention to Major League Baseball...

“You could faintly hear something like a drum,” the scout recalled, “but we didn’t advance (in the 2017 playoffs), so I passed it on to some friends in the American League and let it go.”

Sign stealing has been part of baseball well before Ty Cobb first suited up for his first game. However, it took the Supreme Court of the United States until 2018 to strike down federal law prohibiting sports gambling. Betting on Baseball is no longer restricted to Las Vegas, Atlantic City, and licensed Casinos around the country. All of a sudden, sign stealing and other ways of cheating in baseball are capable of affecting the results of games that have millions if not tens of millions of dollars wagered on them.

Rumors about the Astros at Minute Maid Park have been swirling since the 2017 season. Former Astros pitcher Mike Fiers confirmed to The Athletic — for a story posted recently — there was a system in which a rogue television camera in center field transmitted opposing catchers’ signs to a television behind the Astros dugout. According to Fiers, when an off-speed pitch was coming, it was relayed to the hitter by the banging on a trash can near just off the dugout by one of the players or coaches.

Yankees GM Brian Cashman told reporters at the GM Meetings Tuesday; this strikes at the integrity of the game. Rival executives, players, and coaches from other teams have whispered about the Astros’ cheating, but now with Fiers’ allegations it’s time for MLB to take action with a transparent investigation and, if proven true, a serious and strong punitive response. Now that gambling on baseball is legal, cheating in any organized planned way amounts to a serious crime, as serious doping horses or throwing a game for money.

The Astros are jealously disliked by many teams in baseball as a result of the way GM Jeff Luhnow, as the New York Daily News, has described the turnaround from being a loser to two World Series appearances in three years, as being heartless and ruthless.

The fact that the Astros were caught — and cleared by MLB — for having an employee photographing opposing dugouts in 2018 and then last month after the American League Championship Series, its assistant GM was caught trying to intimidate three female reporters in the clubhouse and was forced to resign.

The Astros seem to be considered baseball’s Public Enemy No. 1, but the reality is other MLB teams are likely guilty of the same cheating. MLB, President Trump, and the House and Senate should quickly take action to make premediated sign stealing and other ways of stealing signs illegal. Failure to do so will lead to a national scandal that will make the 1918 White Sox (“Black Sox”) cheating scandal look like candy store robbery.