I voted for Joe Biden so he would defeat Donald Trump and remove him from office. That does not mean I am 100% or even 50% behind Biden. He will go down in history as a placemarker, between anarchy and who knows what. The fact is he has gotten off to a horrible start and I give him a 3 out of 10.

Yesterday's speech by President -Elect Biden was a 3 on a scale of 10. His Stimulus Plan is a 2 out of 10. It will not help the economy and it will not help the stock market. The $1.9 trillion proposal spends $400 billion on fighting the pandemic. Much of the rest of it is a waste of taxpayer money. $350 billion will go to states, many of which have been poorly run by inept Democratic leaders like New York's Governor Andrew Cuomo or California Governor Gavin Newsome. These blue states need to get religion and undertake major reforms.

The Biden Plan wants to give another $1400 to many Americans who do not need it as they are employeed and have not had their income cut. Biden claims that the country cannot survive without this injection. Hardly. I am all for those that are truly down and out getting more than $1400 but many do not need the money. The only further injection many need is the vaccine. That should be Biden's focus. Get everyone injected asap with the Pfizer or Moderna Covid-19 vaccine.

The Hill has noted today the only way this passes the Senate is on party lines and Biden is trying to get 60 votes in the Senate which means he needs 10 Republicans to vote for this legislative pork. That will never happen.

So after this bill is out, we will next hear about a $3 trillion Infrastructure Bill. That will be funded in theory with those making greater than $400,000 and taxing capital gains at 40% which is laughable. More on the capital gains tax in my next article over the weekend.The reality is the Democrats will bring the tax increase down to probably like $100,000 for a single adult or $200,00 for a married couple. Welcome to The Jungle Baby, watch it bring you to your knees.

The Daily Briefing For May 25th: Stocks Waiting For FOMC Minutes 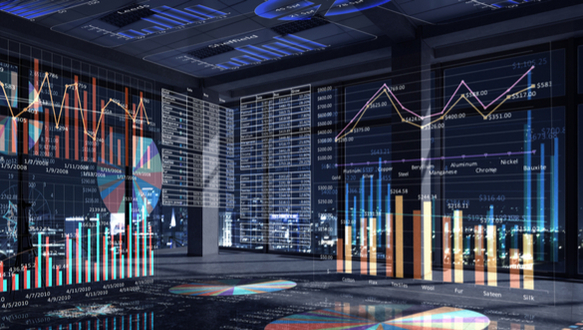 The Daily Briefing For May 25th: Stocks Snapped After The Close