Your Obesity Can Be Influenced by Late Night Eating 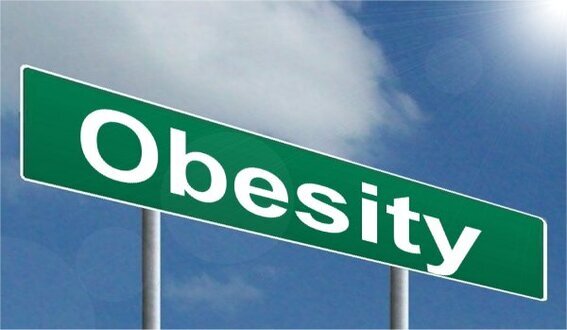 Eating late at night may increase one's chance of becoming obese. It is unknown if this is due to shifts in hunger and appetite, changes in energy expenditure, or both, and it is also unknown whether biochemical pathways in adipose tissues are involved.

As a result, the researchers decided to investigate the impacts of late vs. early dining by conducting a randomized, controlled, crossover experiment to compare the two while strictly controlling for food intake, physical activity, sleep, and light exposure.

Having dinner later in the day may affect our calorie expenditure, hunger levels, and fat storage, according to a new study published in Cell Metabolism.

This is a wonderful insight into how the risk of being fat might be minimized in a straightforward method — just by eating our meals a few hours earlier. Considering that obesity is impacting hundreds of millions of people throughout the globe, this is a beneficial revelation.

Obesity affects over forty percent of the population in the United States, nearly one in four Americans struggled to afford food in 2021, and the cost of food has increased by up to twenty percent since this time last year. So why is obesity so high?

Previous research has previously shown a connection between the time of meals and weight gain; however, the objective of the present study was to investigate that connection in more detail while also attempting to determine the biological factors that underlie it.

According to neurologist Frank Scheer of Brigham and Women's Hospital in Boston, "we sought to examine the processes that may explain why late eating raises obesity risk."

"Previous studies conducted by our team and others had indicated that eating late at night is connected with an increased risk of obesity, higher body fat, and poorer success when trying to lose weight. We were curious as to the reason behind it."

The study was conducted under stringent controls, including 16 subjects whose body mass index (BMI) fell within the category of either overweight or obese.

Every participant in the study participated in two distinct tests, each of which lasted for a period of six days. The participants' sleeping and eating patterns were closely monitored before the beginning of each test, and there was a significant amount of time in between each

Breakfast was served around nine in the morning, lunch at one in the afternoon, and supper at six in the evening during one of the experiments, during which the participants adhered to a rigid routine of three meals a day at about the typical times.

The research team could draw various inferences and deductions from the blood samples, survey questions, and other data they took.

The levels of the hormone leptin, which tells us when we're full, were lower over 24 hours when people ate later in the day, suggesting they may have had feelings of increased hunger. In addition to this, the rate at which calories were expended dropped significantly.

In this context, we are looking at various physiological and molecular pathways contributing to an increased risk of obesity.

Finding techniques to prevent obesity from forming in the first place would significantly improve the overall health of the world's population. Obesity may be a precursor to a number of other health problems, including diabetes and cancer.

According to the findings of this study, eating earlier in the day can affect three key drivers of how our bodies balance energy and the subsequent risk of obesity. This change may be easier for some people to manage than adhering to a diet or exercise routine, and it may also have a greater impact on the risk of obesity.

In the future, the research team would like to see more studies conducted that include women participants (in the current study, only 5 of the 16 volunteers were women), as well as studies that investigate how shifts in bedtime in relation to eating time might also play a role in the formation of these processes.

According to Scheer, "in larger scale research, when strict control of all these elements is not practicable, we must at least explore how additional behavioral and environmental variables change these molecular processes driving obesity risk."

What is obesity? - Mia Nacamulli