The Dow Jones closed down on Tuesday and is struggling today after multiple reports said that the first case of new Chinese virus resembling SAR called “Coronavirus” has been found in the United States. Today we are learning virus has killed at least 17 people, has spread to 13 Chinese provinces and 5 other counties.

The Spanish flu pandemic of 1918 infected an estimated 500 million people worldwide—about one-third of the planet's population—and killed as many as 50 million people, including an estimated 675,000 Americans. By comparison, there have been 440 confirmed cases of the new virus and seventeen fatalities.

This latest virus scare sweeping the globe, creating alarm and panic, shouldn’t have any impact on the stock markets in Asia or here in the United States. Yet the Dow Jones closed yesterday down 150 points and is struggling today because investors are spooked that a pandemic may be underway.

The source of the outbreak began in Wuhan, sprawling capital of Central China’s Hubei province a city the size of London. The SARS-like Coronavirus was identified in December. Coronaviruses are a large group of viruses that are common among animals. However, according to the U.S. Centers for Disease Control and Prevention, it’s very rare for the Coronavirus to be transmitted from animals to humans. The panic is coming as a result of concern that this Coronavirus is being transmitted from human to human. 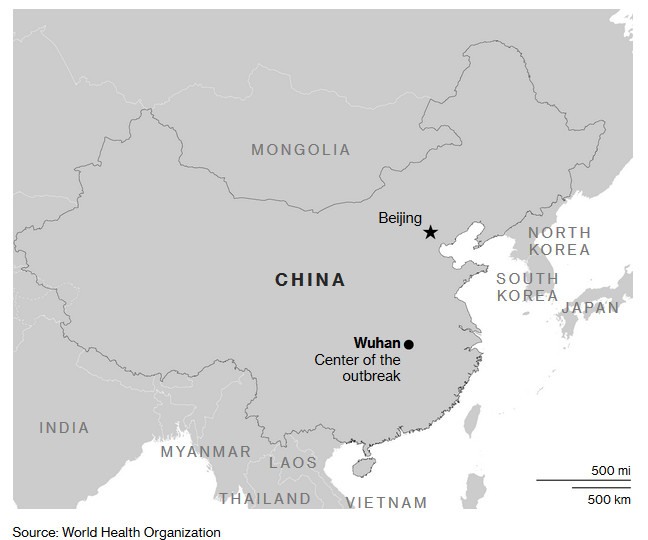 It is much more likely the deadly virus is coming from Chinese crude food markets where shoppers leaning over metal cages stuffed with live hens with floors have standing water and where sales of freshly slaughtered, unpackaged meat that are more likely to bread this potentially deadly lung virus.

Scientist Leo Poon, a virologist at the School of Public Health at The University of Hong Kong, was the first to decode the virus describes the Coronavirus health risk as follows…

"What we know is it causes pneumonia and then doesn't respond to antibiotic treatment, which is not surprising, but then in terms of mortality, SARS kills 10% of the individuals,"

Coronaviruses can make a large number of people sick, presenting mild to moderate upper respiratory tract illness, similar to a common cold. Symptoms include a runny nose, cough, sore throat, possibly a headache and maybe a fever, which can last for a couple of days.

For those with a weakened immune system, the elderly and the very young, there's a chance the virus could cause a lower and much more severe and respiratory tract illness like pneumonia or bronchitis. 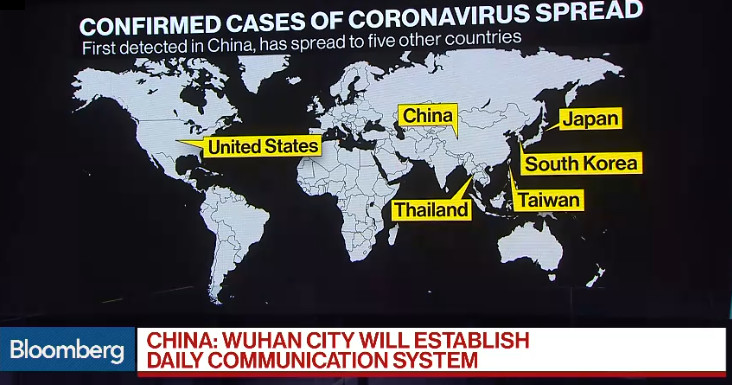 So the bottom line is that while it’s true that there are a handful of human Coronaviruses that are known to be deadly. So far, 17 fatalities versus 440 infected indicate that we’re not facing anything as dangerous as the 2019 West African Ebola outbreak which was the second-largest documented in history with a total of 3,296 Ebola cases of people being infected and resulted in 2,196 deaths - a 67% fatality rate.  Making the situation worse China is celebrating the New Year festival known as Chunyun where for the next 16 days it is estimated that 3 billion trips will be taken throughout China and "all over the world."

The 2014-2016 Ebola Outbreak in West Africa is the largest ever documented, which infected 28,616 people and resulted in 11,310 deaths in Guinea, Liberia, and Sierra Leone. The infection was isolated and resulted in 36 people to be  infected and 15 deaths outside of these three countries –a fatality rate of over 60%.

So the question has to be asked did the SARS-like Coronavirus knock 150 points off the Dow Jones and is it at the heart of that index reversal yesterday and its struggles today?

Yesterday, the Boeing Company (BA-NYSE) dropped over $10 a share; it’s down another $7 so far today at midday? Is BA being pushed down by the Coronavirus?

After all, we now know the MAX 737 debacle is estimated to cost the Boeing as much as $25 billion and as a result, may have almost to double its debt because to deal with its disastrous business mistakes?  Is this kneecapping the market?

Could it be the diversion of the Trump Impeachment trial in the U.S. Senate and its path to no witnesses, no documents contributing to negative sentiment, yesterday and today?

Could it be the market is sedated thanks to Martin Luther King Day and the large numbers of people who turn the three day weekend into a nine-day vacation? Adding to this the impeachment of only the third POTUS in U.S. history suppressing market activity, much like it was while Americans were frozen in front of televisions watching OJ Simpson racing from the police on California 405?

Well, at least Beyond Meat (BYND-NASDAQ GS) was up $20 to $129 on Tuesday, now trading at $127 a share. Which may be proving that a charade of rumors about a meatless money printing press capable of pushing this phony-baloney company back up over $200 a share? Talk about a potential long squeeze and the potential for short profits when sanity creeps back into the BYND story.

Is it possible that Coronavirus is capable of sending stock investors into a panic? Yes, if the virus deaths quickly sell to equal the 2014-2016 West African Ebola outbreak.

However, it’s more likely the U.S. stock market is forming a top and will suffer a correction because of an earnings slow down, the exploding federal debt and yes as legendary fund manager Michael Burry who correctly predicted the mortgage meltdown of 2008-2009 and delivered to investors of his Scion Capital Fund returns of 489.34% (net of fees and expenses) between its launch on November 1, 2000, through June 2008, while the S&P 500 yielded a return of just under 3% - including dividends over the same period is now warning …

“The recent flood of money into index funds has parallels with the pre-2008 bubble in collateralized debt obligations, the complex securities that almost destroyed the global financial system.”

Burry’s view is reinforced by others who believe investors are making a huge mistake right now. They’re falling in love with the S&P 500 and large U.S. stocks like the Dow and they have so much risk now because they moved into this one asset category.

RED ALERT: The U.S. Stock may be on the verge of a substantial correction, be careful.