We Still Don’t Know the Upper Limits of How Long We Can Live, says Study. 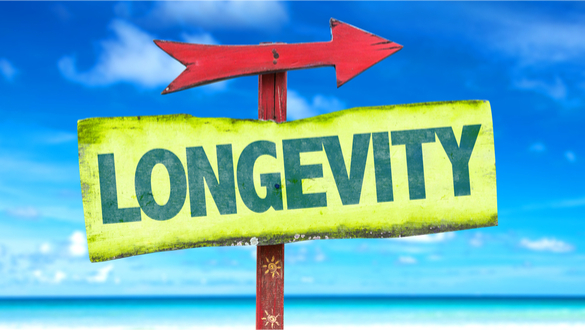 An Italian study has recently found that among the eldest of us, mortality rate stops rising. According to this finding, we have still not reached the very limit of how long we can live.

Worldwide, life expectancy has more than doubled since the turn of the 20th century. This is largely due to improvements in sanitation, public health, and access to food. However, new research into elderly Italians suggests our life span could be longer than has previously been recorded.

Lead author of the study, demographer Dr. Elisabetta Barbi of the University of Rome, and her colleagues published the study in Science on Thursday. Discussing the work, Dr. Barbi stated, “If there’s a fixed biological limit, we are not close to it.”

At present, the longest known life span of a human was of French woman, Jeanne Calment who lived to the extremely advanced age of 122, and died 21 years ago. No one is recorded as having lived longer since Ms. Calment’s death in 1997.

In fact, scientists from the Bronx’s Albert Einstein College of Medicine made the resolute assertion in 2016 that human beings have reached the limits of their life span, estimated at 115 years of age, and thus argued that Ms. Calment was an even greater outlier than previously assumed. 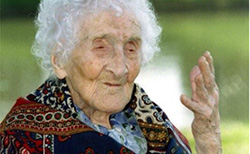 Jeanne Calment set the current record for human life span in 1997, when she died at the age of 122. So far as scientists know, no one else has lived longer.

However, this research was heavily criticized with biologist Dr. Siegfried Hekimi of McGill University stating, “The data set was very poor, and the statistics were profoundly flawed.”

Studying the human life span is a challenging task and researchers must face two key difficulties. First, very few people live to an advanced age, and second, many very elderly people cannot recall exactly how long they have lived.

Dr. Barbi acknowledges these challenges and the importance of ensuring that the age claimed by elderly people is their true age. In her and her colleagues’ study, the researchers looked through Italian records for the years 2009 to 2015 to identify every individual that had achieved the age of 105 in that time. In all cases, birth certificates were also found to verify ages.

From their survey, the researchers compiled a database consisting of 3,836 elderly Italian citizens. Death certificates were then found for those who passed away during the research period, and the mortality rate of the different age groups was determined.

Previous research has confirmed that the death rate is high in infancy and then drops in early life before increasing again when people hit their thirties. Then, when people reach their seventies and their eighties, the mortality rate shoots up dramatically and keeps rising.

However, the new research by Dr. Barbi and her colleagues suggests something different. The morality rate among very old Italians was found to flatten out and stop increasing. Moreover, those born a bit later were found to have a marginally lower mortality rate when they hit 105 than those born earlier.

Co-author of the study, demographer Kenneth W. Wachter of the University of California, Berkeley, states that, “The [mortality rate] plateau is sinking over time…Improvements in mortality extend even to these extreme ages.” According to Wachter, “We’re not approaching any maximum life span for humans yet.”

The findings of this study have been questioned by the co-author of the Bronx study asserting a 115-year limit to human life, Dr. Brandon Milholland.

Dr. Milholland points out that the Italian study included data from a single country over just seven years, which he argues constitutes a “very narrow slice of humanity.”

In addition, Dr. Milholland raises questions about the data analysis process used in the study, in that the researchers examined juts two options: 1) the mortality rate continues to climb exponentially in old age; or 2) it flattens.

Dr. Milholland argues that the reality may be in between these two hypotheses: “It seems rather far-fetched that after increasing exponentially, the chance of dying should suddenly stop in its tracks.”

In contrast, Dr. Hekimi was impressed by Dr. Barbi and her colleagues’ study and the quality of the data, finding it “very interesting and surprising.”

This latest study offers no insight into why the mortality rate should plateau in extremely old individuals. It may be that some individuals have genes that make them frailer and thus more likely to die sooner, resulting in a cohort of resilient senior citizens.

According to Dr. Hekimi, however, there may be more to it than that.

Given that our cells become damaged through our lives and we cannot fully repair them, leaving our bodies increasingly weak.

Dr. Hekimi posits that extremely elderly people simply live more slowly on a cellular level. Thus, their cells are subject to less damage and can be more easily repaired.

Dr. Hekimi states that, “This is a reasonable theory for which there is no proof…But we can find out if there is.”

It’s important to remember that those of us who reach our hundreds have not necessarily found the secret to living forever. Dr. Barbi and her colleagues’ study still finds that centenarians have a much higher likelihood of dying year after year than someone in their nineties.

How much longer you live once you hit 100 may largely be a matter of chance.

Nonetheless, Newcastle University’s Associate Dean for Aging, Dr. Tom Kirkwood, who was not part of the Italian research, affirms that it won’t be easy to break the record set by Jeanne Calment: “The higher the ceiling gets set as records are successively broken, the harder it gets to break it.”