Walking Your Way to a Dementia-Free Life 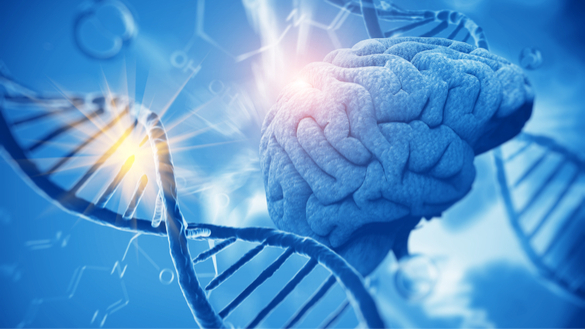 According to the findings of this study, there may be a correlation between a greater step count per day (just under the commonly accepted threshold of 10,000 steps per day) and a lower chance of developing dementia. Additionally, the step count should be performed with a higher intensity.

Alzheimer's disease is rapidly becoming the leading cause of impairment among individuals aged 65 and older. It is anticipated that the prevalence of dementia will more than double in the next 20 years due to the aging of the global population of children born after World War II, also referred to as the "baby boomer generation." As a result, prevention efforts are extremely important for healthy living and are very necessary for maintaining a healthy lifestyle. More and more emphasis is being paid to modifiable risk factors like physical exercise, obesity, food, and social contact. Some examples of these factors include: It is essential to begin preventative measures and treatment as soon as possible to slow the progression of dementia in middle age and later in life.

A decreased risk of dementia was found to be associated with a greater number of steps taken in this new study.

The outcomes of the study indicated that individuals between the ages of 40 and 79 who performed 9,826 steps per day had a risk of acquiring dementia that was fifty percent lower than those who did not meet this step goal over seven years. People who walked with "purpose," at a rate of more than 40 steps per minute, were able to reduce their risk of dementia by 57% with just 6,315 steps per day.

"According to the findings of this study, the recommended number of steps to take each day to reduce the risk of dementia is roughly 9,800. We determined that a minimum daily dose of around 3,800 steps was related to a 25% decreased incidence of dementia. "The findings were presented by the researchers in a report that was published on Tuesday in JAMA Neurology.

The researchers also discovered that the optimal peak is a speedy 112 steps per minute during the highest 30 minutes of a person's day. These 30 minutes do not need to be consecutive, but they are recommended. It was discovered that people with a "peak 30-minute cadence" had a 62% lower risk of dementia.

The research considered a wide variety of factors, including age, gender, ethnicity, level of education, smoking status, alcohol usage, diet, medication use, hours of sleep, and a family history of cardiovascular disease, among others.

Researchers from the Wisconsin Alzheimer's Disease Research Center in the Department of Medicine at the University of Wisconsin School of Medicine and Public Health in Madison said in an accompanying editorial that the focus of the study might be misplaced to promote the public's buy-in of walking as a way to ward off dementia.

Elizabeth Planalp and Ozioma C. Okonkwo noted that "although 112 steps a minute is a very quick cadence, '112' is arguably a much more tractable and less daunting number for most folks than '10 000,' especially if they have been physically inactive or underactive."

However, it would have been informative if the researchers had also tried to determine whether people who only kept up this brisk pace for 10 minutes "also realized similar benefits." The fact that the 30-minute period analyzed in the study was not consecutive "somewhat limits the strength of their evidence," the editorial writers said.

The Mayo Clinic estimates that the average American takes between 3,000 and 4,000 steps daily, equivalent to approximately 1.5 to 2 miles.

The Mayo Clinic advocates taking a customized approach, figuring out how many steps a day a person is walking currently, and then working progressively toward the popularly advised objective of 10,000 steps, if achievable, "by attempting to add 1,000 additional steps a day every two weeks."

According to the United States Department of Health and Human Services, adults need at least 150 to 300 minutes of moderate-intensity aerobic activity, such as brisk walking, weekly to gain the most health benefits from physical activity; however, the Department of Health and Human Services also states that any amount of physical activity has some benefits.

The participants of the latest study were 78,430 people aged 40 to 79 who wore wrist accelerometers for the duration of the study. Participants were recruited via the United Kingdom Biobank, which is a large-scale biomedical database that is used for research on a global basis.

Researchers investigated the prevalence of dementia based on data taken from hospital and death records roughly seven years later.

According to the authors, evaluating dementia as an outcome using such a diverse group of persons spanning such a wide age range may not have been acceptable given the relatively short follow-up period. They pointed out that some of the individuals, particularly the younger ones, may not have reached an age at which the condition would occur.

The findings of the study were based on the evaluation of around 78,000 people between the ages of 40 and 79 who participated in the study by wearing wrist accelerometers for the purpose of the investigation. The findings were also published on Tuesday in JAMA Neurology. The researchers were able to place each person into one of two categories based on the total number of steps taken by each participant throughout the course of the day. These categories are as follows: Walking at a pace of more than 40 steps per minute is regarded as "purposeful" walking, but walking at a pace of fewer than 40 steps per minute is regarded as more of an amble than anything else. The researchers also looked at those who were considered to be "high performers." These individuals met their daily step goals in the shortest time possible (although those 30 minutes did not have to occur on the same walk).

The authors said that "it is conceivable that the prevalence of dementia in the population was significantly greater" because there are typically significant delays in dementia diagnosis and because this study did not involve comprehensive clinical and cognitive examinations of dementia.

The authors continued their discussion by adding that "the time has come for the management of physical inactivity to be considered as an important element of routine primary care visits for older persons."