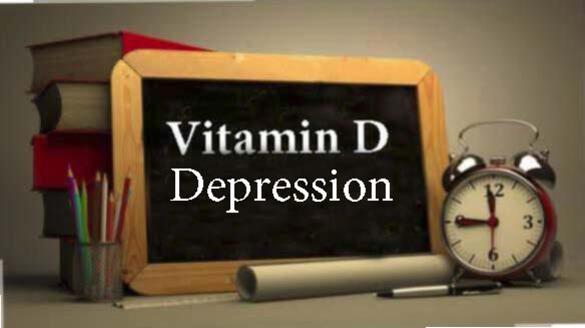 In addition to regulating the levels of calcium and phosphate in the body, it is believed that vitamin D helps to regulate various functions in the central nervous system. Earlier research on animals suggests that it may even contribute to the control of chemical balances in the brain, which may explain the association between vitamin D and mental health.

According to Tuomas Mikola, a doctoral researcher and the lead author of the study from the University of Eastern Finland, "These findings will encourage new, high-level clinical trials in patients with depression to shed more light on the possible role of vitamin D supplementation in the treatment of depression."

Participants with and without depression, people using vitamin D supplements, and those taking placebos, as well as persons with a range of physical ailments, were included in the latest meta-analysis, which comprised a total of 53,235 study participants from 41 different investigations.

Although the amounts that were utilized varied, the typical amount of vitamin D taken in supplement form was between 50 and 100 micrograms per day. Vitamin D supplements were proven to be more helpful than placebos at alleviating depressed symptoms in participants who were diagnosed with depression in this study.

According to the study, the most effective use of vitamin D supplements occurred in shorter periods (less than 12 weeks). However, in those who were otherwise healthy, the placebos had a somewhat bigger influence on the symptoms of depression.

Because antidepressants do not help everyone who takes them and because depression is now known to be the greatest cause of disability around the world – impacting more than 280 million of us each year – it is imperative that additional treatment alternatives be investigated as soon as possible.

However, before we get too far ahead of ourselves, it is important to note that the data we now possess are insufficient to indicate that low vitamin D levels cause depression or that supplements are an effective treatment for the condition. The previous study hasn't been so conclusive, despite the fact that this current meta-analysis demonstrates a correlation between the two.

Even though much work is put into trying to correlate information across all of the studies, it is still difficult to draw broad conclusions due to the different methods and factors used in each study. Although a meta-analysis such as this one helps compare results across a large number of people, it makes it more difficult to draw conclusions that apply to a broader population.

To get to the bottom of this mystery, we will need to do additional statistical analysis, such as studies on bigger general and clinical populations and observations of varying dose amounts and treatment durations, for example.

The research has been published in Critical Reviews in Food Science and Nutrition.