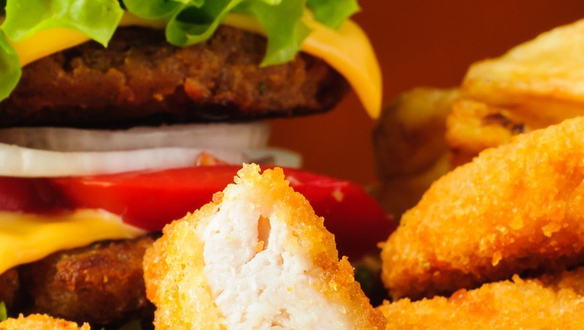 Adults with the poorest dietary quality diets and the greatest ultra-processed food consumption had the highest risk of death and cardiovascular disease. But other factors are at play that is increasing their death rate.

Some foods are subjected to high or even ultra-processing levels. Most of the components used in the production of ultra-processed meals are derived from other foods, such as fats, starches, added sugars, and hydrogenated fats. They may include many other ingredients, including sugar, salt, fat, artificial colors, and preservatives.

Foods that have been ultraprocessed include prepared soups and sauces, frozen pizza, ready-to-eat meals, and convenience foods such as hot dogs, sodas, store-bought cookies, cakes, sweets, doughnuts, ice cream, and many more items.

Ultra-processed foods currently make up at least half of the total number of calories eaten in developed nations, including the United Kingdom, the United States, and Canada. This is alarming in light of the fact that these foods have been connected to various health issues, including an increased risk of obesity and a variety of chronic illnesses such as cardiovascular disease and dementia.

The term "ultra-processed foods" refers to various industrial components (including emulsifiers, thickeners, and artificial flavors), which are then combined into food items through a number of different production processes.

The rigorous industrial methods that are used to manufacture ultra-processed meals disrupt the natural structure of the food ingredients and strip them of many essential elements, including fiber, vitamins, minerals, and phytochemicals. These foods are considered to be highly processed.

There are a good number of us who are fully aware of the fact that highly processed meals are detrimental to our health. It is not entirely obvious, however, if the low nutritional content of these meals is the only source of this phenomenon.

Now, two recent studies suggest that a lack of proper nutrition could not be the only factor contributing to their health concerns. This shows that more elements could be required to explain the dangers they pose to people's health.

The first research, published in the BMJ The study, which included almost 20,000 healthy Italians, found that people who consumed the most ultra-processed foods had a higher risk of dying prematurely. This risk existed independent of the cause of death.

According to the findings of the second study also published in the BMJ, which involved more than 50,000 male health professionals in the United States, a high intake of ultra-processed foods was linked to an increased risk of colon cancer.

The fact that the health hazards associated with consuming a diet heavy in ultra-processed foods were maintained even after researchers controlled for the low nutritional content of the participants' meals. This lends credence to the idea that additional variables exacerbate the effects induced by ultra-processed meals.

It also means that having the appropriate nutrients from other parts of the diet might not be enough to cancel out the risk of disease that comes from eating foods that have been extremely processed. Similarly, the food industry's attempts to boost the nutritional content of ultra-processed meals by adding a few extra vitamins may be avoiding a more fundamental issue that exists with these items.

Therefore, what aspects of ultra-processed meals could contribute to the development of health problems in humans?

An inflammatory reaction can be triggered in our bodies by a variety of factors, such as when we get sick (like a cold) or when we suffer a physical injury (like a cut). The response of the body consists of the transmission of signals to our immune cells (such as white blood cells), instructing them to destroy any invading infections (such as bacteria or viruses). Inflammatory indicators, such as a greater white blood cell count, were higher in groups who consumed the highest amounts of ultra-processed meals, according to a study conducted in Italy.

Although the inflammatory response that takes place in our bodies often resolves itself in a relatively short amount of time, certain people are predisposed to developing chronic inflammation throughout their bodies. This can cause harm to the tissues and has been related to a variety of chronic conditions, such as cancer and cardiovascular disease.

According to recent findings, additional mechanisms, such as decreased renal function and the presence of toxins in packaging, could also be able to explain why ultra-processed foods cause such a wide array of potentially harmful health consequences.

Because our systems are predisposed to inflammatory responses, the most effective approach to stop this from happening is to abstain entirely from consuming any foods that have been highly processed. It has also been demonstrated that some plant-based diets abundant in natural, unprocessed foods, can reduce inflammation in the body. This may also assist in explaining why diets that are based on plants and avoid foods that have been too processed can aid in the prevention of chronic illnesses. At this time, it is unclear how much of a contribution an anti-inflammatory diet may make in mitigating the outcomes of consuming highly processed foods.

Reducing the number of highly processed meals you consume daily could be challenging. Because of their design, which is intended to make them taste even better than they already do, and the compelling marketing that goes along with it, some people find it extremely difficult to say no to ultra-processed foods.

These foods are also not labeled as such on their packaging. The most accurate approach for detecting their identification is to examine the components that make up their makeup. In general, the inclusion of emulsifiers, thickeners, protein isolates, and other factory-sounding ingredients suggests that the food has been substantially processed. The most effective way to protect oneself against the negative consequences of consuming highly processed foods is to create one's own meals from scratch using natural ingredients.