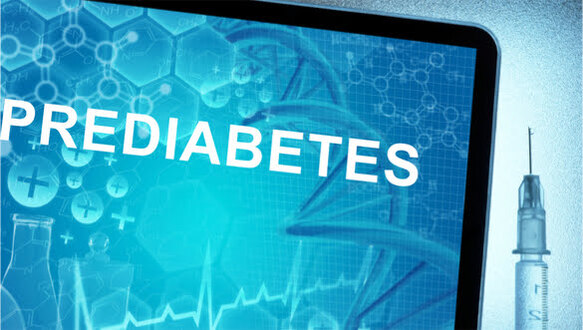 Task force recommendation, healthcare practitioners should consider screening some individuals even before they reach the age of 35 if they are at high risk of getting diabetes.

Diabetes currently affects almost one in every seven people in the United States, a record high.

In addition, the condition increases the likelihood of developing a severe illness after a coronavirus infection.

According to recent research, type 1 and type 2 diabetes are rising among young people in the United States. According to some sources, young individuals are more prone to problems early in life than older persons.

According to the Centers for Disease Control and Prevention, type 1 diabetes is still the "most prevalent" form of diabetes among adolescents in the United States. It is more common among white youths than among youths from other ethnic or racial minority groups.

Type 2 diabetes, on the other hand, was shown to be more prevalent among racial or ethnic minority groups than it was among white adolescents.

Developed by the United States Preventive Treatments Task Force, which provides recommendations for preventive services and screenings that insurance companies are required to fully reimburse, with no out-of-pocket expenses for insured individuals, under the Affordable Care Act.

The recommendation of the task committee, as well as a review of the most recent scientific data, were published on Tuesday in the journal JAMA.

According to recent research, almost one in every seven American people currently has diabetes, the highest recorded incidence.

Over the last decade, there has been no progress in patients' capacity to manage their disease, keeping their blood sugar levels, blood pressure, and cholesterol under control.

As the pandemic continues, the rise is particularly concerning since diabetes is one of the chronic medical diseases that increases the likelihood that a coronavirus infection would result in severe illness, hospitalization, or even death if contracted.

The development of diabetes is associated with cardiovascular disease and liver disease, and it is the leading cause of kidney failure and new blindness in adults.

Amputation of a limb, nerve injury, and other problems are possible consequences of the disease.

According to the task committee, healthcare professionals should consider screening certain people even before 35 if they are at high risk of developing diabetes.

Individuals with a familial history of diabetes or a personal history of diseases such as gestational diabetes and people who are Black, Hispanic, Native American, Alaska Native, or Asian American fall into this category.

These groups have a greater incidence of diabetes than white Americans, which is a significant disparity.

All of these groups have higher rates of diabetes than white Americans.

"The Covid epidemic is really important, but we also have an epidemic of diabetes and pre-diabetes driven by the epidemic of obesity and lack of exercise."

"All these conditions that we've lived with for years are still out there."

What's behind the rise in Type 2 diabetes in children?