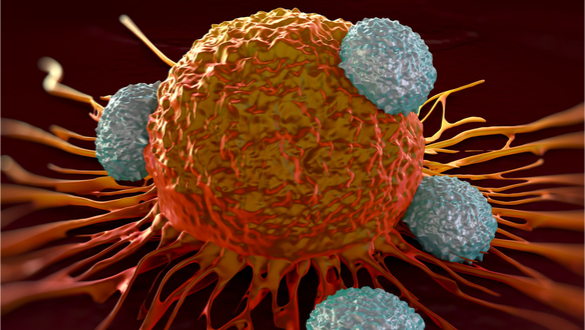 New research has shown that T cells play a fundamental role in the fight against cancer. T cells are part of the defense cells of the body that are responsible for destroying potentially harmful agents for our bodies, such as bacteria, viruses, and even malignant cells.

A new study reveals that a molecule called tetrahydrobiopterin (BH4) regulates the growth of T cells in the immune system.

The study was led by researchers from the Institute of Molecular Biotechnology of the Austrian Academy of Sciences (IMBA) in Vienna and by scientists at Boston Children's Hospital in Massachusetts. The results of this research were recently published by the journal Nature.

"A fascinating feature of our discovery is that a system that was previously known only for its importance in neurobiology can also play a key role in T cell biology," says co-senior author Josef M. Penninger, the scientific and founding director of IMBA.

These findings can lead to a wide variety of therapeutic applications such as the control of autoimmune diseases (asthma, rheumatoid arthritis, lupus, allergies, etc.) and even trigger an immune response against cancer.

Harnessing the body's own healing mechanisms to fight disease is a rapidly growing field in medical research.

Recently, two scientists were awarded the Nobel Prize in Physiology and Medicine for 2018 after developing an approach to cancer therapy that stimulates the inherent ability of the immune system to destroy tumor cells.

These discoveries have revolutionized anticancer therapy, as it allows us to take advantage of the activity of our immune system to selectively destroy neoplastic cells and avoid the use of drugs that destroy both healthy cells and cancer cells.

Cancer is a disease that affects millions of people around the world and has a significant impact on society. The National Cancer Institute estimates that by 2018, doctors will diagnose more than 1,735,350 new cases of cancer and that 609,640 people will die of the disease in the United States.

Many diseases can originate due to the inadequate activity of the immune system. There are more than 80 types of autoimmune diseases which arise due to an overactive immune system that causes the body's defense cells to attack healthy tissues.

A report from the National Institute of Health (NIH) published in 2005 estimated that up to 23.5 million people in the US suffer from an autoimmune disease. However, the NIH figures only take into account 24 autoimmune diseases. Therefore there is an underreporting of these diseases.

In this new study, it was evidenced that the reduction of BH4 severely limits the proliferation of T cells in humans. T cells require BH4 to regulate iron intracellular concentrations and energy production. These findings are consistent with previous research linking iron deficiency with alterations of the immune system.

The research team found that the increase in BH4 in mice with cancer caused the proliferation of T cells and the reduction of tumors. Apparently, BH4 exerts this effect by suppressing the activity of a molecule called kynurenine that inhibits the action of T cells on malignant tumors.

The researchers used some blockers of BH4 mice with autoimmune diseases. These drugs stopped the autoaggressive activity of the T cells, stopped the allergic inflammation and prevented the T cells from causing autoimmune attacks in the intestine and the brain.