The Complexity of Selecting the Right Open Enrollment Medicare Plan 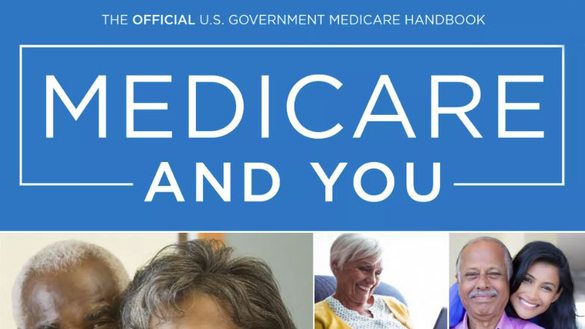 Many plans won't pay for certain medical expenditures in the event of an illness, leaving you with a large bill to pay out of pocket. What they do pay for, however, might vary widely from person to person and from plan to plan. Is it really to the ADVANTAGE of the senior to sign on the dotted line?

Millions of seniors are now finalizing their Medicare open enrollment period for 2023, but many find the procedure difficult. According to a report that was published in July 2022 by the healthcare consulting firm Sage Growth Partners, many individuals are unaware of the distinction between Original Medicare and Medicare Advantage, many individuals feel overwhelmed by Medicare advertising, and only one in four individuals review their plan options on an annual basis. Well if well known football personality Joe Namath says to call now how can I go wrong?

This results in missed opportunities during Medicare open enrollment, such as failing to verify whether or not your physicians will be included in the network for the next plan year or comparing the prescription medication coverage provided by Medicare Part D.

Since 1965, the United States government has been funding the health insurance program known as Medicare. Since that time, a wider variety of Medicare Advantage plan options have been accessible to beneficiaries. According to research by the Kaiser Family Foundation, an average Advantage plan recipient would have 43 options to choose from in 2023.

Medicare Advantage plans, much like conventional Medicare, are paid for by the federal government, but unlike traditional Medicare, they are sold by private insurance firms. These businesses get a predetermined amount of money for each enrollee in their Medicare Advantage plans. The plan is to enable these insurers, who are required to cover the same services as conventional Medicare, to retain part of the government payment as profit if they can deliver treatment at a lower cost. This is supposed to help bring down the overall cost of health care.

These private insurance companies engage in extensive marketing in an effort to get seniors to join their plans or transfer providers. Some of these Advantage plan activities are misleading in a recent study released by the United States Senate. For instance, some marketing companies sent Medicare recipients mailings that were designed to seem like government websites or letters. This has thrown off many seniors from making an astute decision.

The marketing efforts of insurers have been successful. The number of Medicare beneficiaries enrolled in a Medicare Advantage plan has reached 48 percent of those eligible for Medicare. By the next year, the majority of beneficiaries will probably be enrolled in Advantage.

The two plans work extremely different from one another, and the results, both medically and financially, may have significant repercussions. Each one, naturally, comes with benefits—as well as drawbacks.

Due to the success of the marketing, it is not likely you haven't heard of a Medicare Advantage Plan, also known as a Part C Plan or an MA Plan. It is a single plan that includes Medicare Part A (hospital insurance), Medicare Part B (medical insurance), and often Medicare Part D (prescription drug coverage). These plans cover all of Medicare's services, and some of them even give additional protection for dental, vision, and hearing needs. They are provided by private firms that have been granted Medicare approval.

The benefits tactics give a simple experience. An all-in-one shopping experience. Your pharmaceutical plan is included, and you don't need additional insurance,  the kind of coverage that traditional Medicare beneficiaries normally buy, known as Medigap plans. Ease and lower out-of-pocket costs, but what of the consequences?

An alternative to traditional Medicare that offers more comprehensive coverage is called a Medicare Advantage Plan. These plans are provided by private insurance firms who have entered into a contract with Medicare to provide coverage for Medicare Parts A and B, and occasionally for Part D as well (prescriptions).

Private insurers are paid a predetermined sum each month for providing treatment under Medicare Advantage plans. In return, these businesses are free to charge policyholders out-of-pocket charges and are able to create their own standards for treatment, such as the need for referrals or provider networks for both urgent and non-urgent care services.

In general, Medicare Advantage Plans do not give the same amount of flexibility in terms of coverage options as a mix of traditional Medicare and Medigap policies. The majority of plans require you to see physicians and other health providers who are part of their network.

Because Medicare Advantage Plans are required to accept participants who are eligible for Medicare regardless of health status, the structure of their copays and deductibles is designed to discourage enrollment from those who are already experiencing health issues. A significant number of registrants have been struck with unanticipated fees and denied coverage for a variety of forms of treatment that have been considered unnecessary from a medical perspective.

Also, make sure that you find out whether or not all of your physicians accept the plan and whether or not all of the medicines that you use will be covered under the plan if it also includes coverage for prescription drugs under Part D. If the plan does not cover your existing doctors, you should make sure that the plan's doctors are acceptable to you and are willing to take on new patients who are covered by the plan.

A healthy person is an ideal candidate for Medicare Advantage because of its benefits. If you fall ill during the year, your out-of-pocket expenses may rapidly add up to a significant amount. If you end up becoming ill, the Medicare Advantage Plan's $0 premium may not be worth it because of the unexpected costs you'll have to pay out of pocket if you choose that plan.

Medicare Advantage may seem to be more affordable than traditional Medicare since many plans have low or even zero monthly premiums. In contrast to standard Medicare, Advantage plans limit the amount that beneficiaries are responsible for paying out of pocket. Suppose you have the kind of plan that allows you to additionally utilize out-of-network providers at higher charges. In that case, your maximum out-of-pocket cost will be $12,450. You will pay no more than $8,300 for in-network spending the next year, with the exception of prescription medicines.

The majority of plans function like an HMO, and you may only go to contracted providers for your medical treatment.

Advantage Plans | The Good, The Bad, and the Fine Print