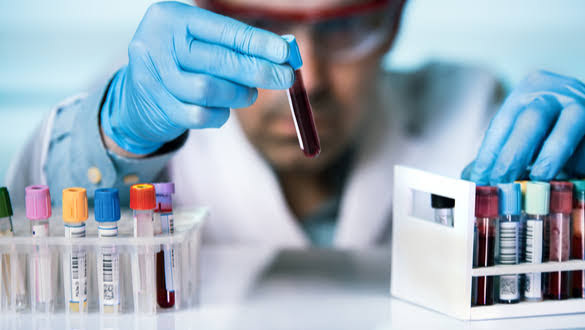 A finding achieved by researchers in Jerusalem in the field of brain research has the potential to drastically alter the approach taken to the study of psychiatric diseases.

Hebrew University of Jerusalem (HUJI) and Shaare Zedek Medical Center (SZMC) in Jerusalem researchers have achieved a groundbreaking discovery. They discovered that brain cells are lost during a psychotic episode, such as that caused by schizophrenia. They also discovered that a straightforward blood test will make it possible to both anticipate and treat such an episode. This discovery has never been made before.

Thanks to a groundbreaking discovery, researchers could identify significant brain damage during a psychotic attack in patients by comparing them to healthy subjects. This is the first time a biological marker for psychosis has been identified. The test could lead to earlier detection and diagnosis of schizophrenia and earlier intervention and treatment.

The study's primary investigator was Dr. Asael Lubotzky, a senior pediatrician in SZMC's neuropediatric unit. The research was carried out as part of Dr. Lubotzky's doctoral dissertation, which was overseen by two HUJI Faculty of Medicine researchers: Prof. Yuval Dor and Prof. Ruth Shemer. The research was also carried out in collaboration with psychiatrists from the Eitanim Mental Health Center, Dr. Ilana Pelov and Dr. Ilana Pelov.

"Elevated brain-derived cell-free DNA among patients with first psychotic episode – a proof-of-concept study." is the title of the article that has just been published in the journal eLife.

Schizophrenia is any severe mental disease that shares symptoms such as hallucinations, delusions, muted emotions, abnormal thinking, and a retreat from reality. Schizophrenia can affect both adults and children. People who struggle with the mental illness schizophrenia exhibit diverse symptoms. In the past, schizophrenia was divided into five distinct subtypes, each of which was determined by the patient's unique set of symptoms. These subtypes are no longer regarded as independent diagnostic categories because of the substantial overlap in symptoms that they share; yet, many medical professionals still consider them when diagnosing schizophrenia.

Anatomical, metabolic, psychological, sociological, genetic, and environmental reasons have all been proposed as potential origins of schizophrenia by a number of different schools of thought. No one component has been pinpointed as being solely responsible for the development of schizophrenia; nevertheless, there is compelling evidence suggesting that a mix of genetic and environmental variables plays a significant role in the progression of the condition. Researchers have shown that people with schizophrenia are three to four times more likely to have uncommon inherited genetic abnormalities than healthy people are. These mutations often take place in one of the hundreds of genes that play a role in the development of the nervous system. In addition, a large number of genetic variants with minor effects have been discovered on a variety of chromosomes in people who have schizophrenia. These variants have been found on chromosomes 6 and 22 in particular. It is believed that the interaction of these variants on chromosome 6—many of which occur in a region of the chromosome that contains the major histocompatibility complex, a group of genes associated with regulating immune system responses—contributes to approximately 30 percent of cases of the illness. These variants occur in a region of the chromosome that contains the major histocompatibility complex. People who suffer from bipolar disorder have been discovered to exhibit a similar polygenic pattern. This is a pattern in which a large number of seemingly insignificant genetic variations interact to cause disease. This new information illuminates the immense complexity of mental diseases linked to hereditary causes. The methods that genetic mutations use to give rise to biochemical abnormalities in the brains of patients who have schizophrenia are still being researched by scientists today. It's possible that stressful life situations triggered the disease to start in the first place.

Imaging studies show that the brain volume decreases around the start of schizophrenia and over the first few years. Cell death, or apoptosis, has been suggested as the cause. When a cell dies, bits of cell-free DNA (also known as cfDNA) are released into the bloodstream. The patterns of methylation that are unique to each type of tissue make it feasible to determine the origin of cfDNA. "We created a mixture of DNA methylation indicators that are brain-specific. Because it is an epigenetic modification that affects how genes work, DNA methylation is the single most important item that can impact health and disease. An enzyme is responsible for changing the 5-carbon position of a DNA base, most often cytosine, during this biochemical process.

Biochemical changes to the DNA occur throughout a person's life. These changes are brought about by factors such as aging, the environment, and lifestyle choices such as smoking or eating poorly. These findings could indicate that more brain cells are dying, that the blood-brain barrier has been breached, or that there is a problem with removing waste from dying brain cells. This frequently results in DNA methylation, a process in which methyl groups are added to specific parts of DNA without altering the DNA sequence. Brain-specific cfDNA methylation markers could aid in the early detection and tracking of schizophrenia, allowing for early intervention and treatment.

In Jerusalem, researchers examined dozens of psychiatric patients, 29 of whom were experiencing their first psychotic episode. Pelov collected blood samples from them shortly after the attack began and compared them to 31 samples from healthy people who did not have a psychiatric illness. The two Eitanim doctors gathered the clinical results and then examined their meaning.

"When we compared the blood samples of people who had a psychotic attack to those of healthy people the same age, we saw a dramatic and statistically significant rise in the amount of DNA from brain sources in the people who had the attack," Lubotzky said. "There are more than 200 different kinds of cells in our bodies, and when they die, they send pieces of DNA into the bloodstream. A liquid biopsy is a unique blood test that, when looked at, can tell a lot about where the dead cells originated.

"In neurological medicine, we try to treat brain diseases that help us figure out how brain damage happens, even if only in part. This is different from other systems in our bodies, like liver enzymes or troponin, which kills myocardial cells and other similar things. Since there hasn't been a biomarker for brain damage, blood tests haven't been able to find or track psychiatric or brain diseases. Mental illness is harder to understand, and much work is being done to find and study the brain mechanisms that explain pathologies and psychiatric illnesses.

Magnetic resonance imaging (MRI) scans have been proven in studies to be able to detect a change in the volume of the brain in patients who have schizophrenia. This indicates that tissue in the brain is being lost. However, prior to this discovery, no one knew whether or not a psychotic episode causes harm to the brain or the death of brain cells. The damage to brain cells that occurs at the beginning of a psychotic episode was able to be identified and mapped out as part of this research project. They wrote, "This discovery has a lot of potentials to help find and track other brain diseases. There are a number of other fascinating scientific explanations for the findings, one of which is an increase in the death of brain cells. It is common knowledge, for instance, that the blood-brain barrier prevents some compounds from crossing from the circulatory system into the cerebrospinal fluid and from the CSF into the bloodstream."It is possible that people who have a psychotic episode have damage to this system, causing DNA from the brain to leak into the blood, but this needs to be looked into more thoroughly."

What is schizophrenia? - Anees Bahji