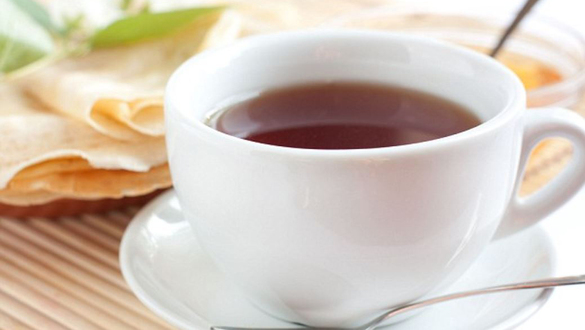 The National Institutes of Health commissioned a study to investigate the links between drinking tea and death rates from all causes as well as deaths directly attributable to certain diseases. The information used in the research comes from the UK Biobank, situated in the United Kingdom, a nation where drinking black tea is extremely common.

Consuming at least two cups of black tea each day is connected with a reduced risk of death, according to the study published Monday in Annals of Internal Medicine.

The participants in the study ranged in age from 40 to 69 years old, and all of them had signed up to be part of the UK Biobank, which is a database that stores extensive genetic and health information between the years 2006 and 2010. According to the study, the database had information that participants provided about their tea drinking habits, such as the frequency of their consumption and the ingredients they added to their cups.

The Biobank conducted a follow-up study approximately ten years after the initial survey, and the researchers found that individuals who drank two or more cups of tea per day during that time period had a lower risk of passing away due to causes such as cardiovascular disease, ischemic heart disease, and stroke. This information was gleaned from the study.

The research is an exciting look into tea drinking habits; however, more work needs to be done before dietary changes can be recommended. According to Howard Sesso, an associate professor of medicine at Harvard Medical School and associate epidemiologist at Brigham and Women's Hospital in Boston, there is still more work that needs to be done before recommending changes in diet. Sesso did not take part in the research in any way.

According to Inoue-Choi, there are several good reasons why drinking black tea might be so healthy, but the research that has been done thus far makes it difficult to say for certain.

"There are multiple possible mechanisms," she said. "Tea contains a high concentration of bioactive chemicals, which have the ability to reduce oxidative stress as well as inflammation. This could guard against serious health problems including cancer and heart disease."

A substantial amount of research has been done on the positive effects of green tea on one's health.

According to Inoue-Choi, very little research has been done in the past on the effects of drinking black tea, even though black tea and green tea are both derived from different varieties of the same plant, camellia sinensis.

She said that because there hasn't been enough research on the topic, it probably isn't the right time to start incorporating black tea into your daily routine.

"Our findings may provide reassurance to people who already drink tea daily, but we don't recommend making decisions about whether people start drinking tea or change how much they are drinking right now," Inoue-Choi said.

According to her, people shouldn't base these kinds of adjustments on the outcomes of a single study, and she believes that additional research is required to fill out the findings.

Even at greater levels of consumption, the study's authors believe that their findings provide evidence that tea can be a part of a healthful diet.

A prospective study conducted in the United Kingdom that included the participation of half a million adults who drank tea discovered that higher tea consumption was associated with a modestly lower risk of passing away from any cause. The study, which was carried out by researchers at the National Cancer Institute, which is a component of the National Institutes of Health, is a large and comprehensive analysis of the potential mortality benefits of drinking black tea, which is the type of tea that is consumed the most frequently in the United Kingdom. Researchers at the National Cancer Institute carried out the research.

Previous studies that revealed a modest association between higher tea intake and decreased risk of death mostly focused on Asian people who regularly drink green tea. These studies found the relationship to be weak but significant. According to the findings of these analyses, the connection is not as strong as was initially believed. Studies on black tea have produced results that are inconsistent with one another.

People who did not drink tea had a 9–13% greater risk of passing away from any cause when compared to tea drinkers who consumed at least two cups of tea on a daily basis. Tea drinkers had a lower risk of death overall. Researchers conducting recent research came to this conclusion while conducting their investigation. A lower risk of death from cardiovascular disease, ischemic heart disease, and stroke was associated with larger tea consumption. The connection was found to exist regardless of the ideal temperature for drinking tea, the addition of milk or sugar, or the genetic variances influencing the pace at which different people metabolize caffeine.

Participants in the study consisted of 498,043 male and female volunteers between the ages of 40 and 69 who had previously participated in a large-scale cohort study known as UK Biobank. Participants were followed for roughly 11 years, and information on mortality was collected from a linked database kept by the National Health Service in the United Kingdom (NHS).