Sitting For Long Periods Of Time Isn't Natural For Humans 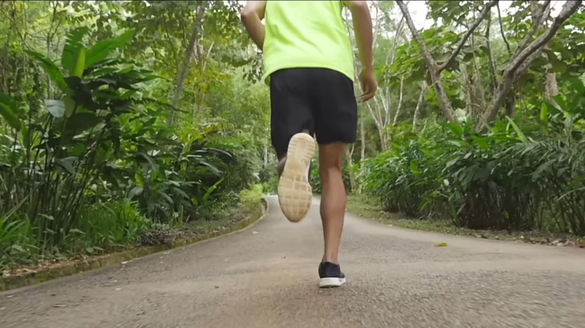 The average American spends a significant amount of time seated, whether it be at work, in the vehicle, or on the sofa. Their health can suffer as a consequence.

After a long day at the office, it's common to feel stiff, achy, and uncomfortable when you finally get up from your desk. You're not the only one. Millions of individuals have desk occupations that demand them to remain seated for extended periods. This is in addition to the numerous times we sit down, such as watching television, eating meals, or driving.

Not only may prolonged sitting negatively affect our musculoskeletal system, but it can also significantly impact our general health. A large cohort study that was published in the American Journal of Epidemiology in 2018 found an association between prolonged sitting (which they define as more than six hours a day, in comparison to less than three hours a day) and an increased risk of death from all causes, including heart disease, diabetes, suicide, Alzheimer's disease, and a variety of other conditions. The study was conducted on a population that was followed over a period of time of at least ten years.

The negative effects are not limited to the body alone. According to the findings of research that was published in the journal Mental Health and Physical Activity, males who sat at their jobs for more than six hours a day suffered moderate levels of psychological anguish, and women experienced moderate to high levels of psychological distress. These results were absolutely unrelated to the amount of physical activity the subjects engaged in.

How much is rest time necessary after each bout of exercise?

According to research, working up a sweat for around thirty to forty minutes a day should be sufficient.

According to the findings of the study, a daily total of up to forty minutes of "moderate to vigorous intensity physical activity" is roughly the ideal amount to counteract the effects of sitting for ten consecutive hours; however, any quantity of exercise or even simply standing up helps to some degree.

According to a meta-analysis study released in 2020, researchers analyzed nine earlier studies, including a total of 44,370 persons from four different nations who were wearing some fitness trackers. The researchers published their findings in the year 2020.

According to the findings of the study, the amount of time spent participating in moderate-to-vigorous intensity physical activity decreased, which led to an increase in the risk of mortality among those who showed more sedentary lifestyles.

To put it another way, engaging in some moderately strenuous activities, such as cycling, brisk walking, or gardening, can bring your risk of an earlier death right back down to what it would be if you weren't doing all that sitting around. This link can be seen in the accumulated data of many thousands of people.

During that time, the report was released concurrently with the publication of the World Health Organization's 2020 Global Guidelines on Physical Activity and Sedentary Behaviour. Forty researchers compiled these guidelines from six different continents. The findings, as well as the amended recommendations, were published in a special issue of the British Journal of Sports Medicine (BHSM), which was also published.

People still can safeguard their health and mitigate the negative consequences of inactivity on their bodies.

People are encouraged to become more active by doing things such as taking the stairs instead of the elevator, playing with their children and pets, engaging in activities such as yoga or dancing, performing chores around the house, walking, and cycling. The researchers recommend beginning with a shorter amount of time if you cannot commit to being active for 30 to 40 minutes at once.

It might be challenging to provide recommendations that apply to people of various ages and body types; nevertheless, the forty-minute time range for exercise is consistent with past studies. Even if we have to sit at a desk for long stretches of time for work, we should get more knowledge on maintaining our health as more research is conducted and published.