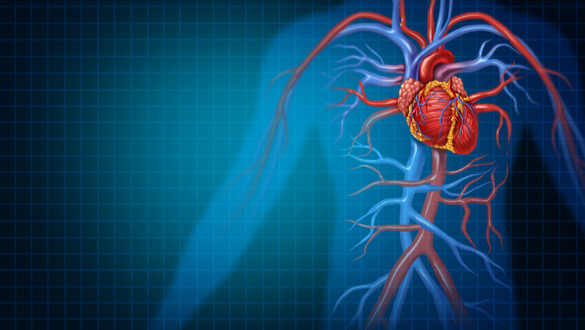 Learn how to gauge the danger of your risk for heart disease.

Predicting with certainty if a person will develop a heart disease throughout their life is an almost impossible task. However, certain factors lead to a significant increase in the risk of developing heart disease.

Recently, a scientific study was published that details seven "key" prediction metrics for the development of cardiovascular diseases. The team of researchers, made up of three professors from the University of Pennsylvania (Penn State), in the United States, identified seven health indicators that directly influence the cardiovascular health and condition the development of future heart disease.

The study explains that each metric has a possible score, "poor" (0 points), "intermediate" (1 point) or "ideal" (2 points), for example, smoking regularly is considered "poor", smoking in the past 12 months would be "intermediate", and never having smoked or stopped smoking more than a year ago is considered "ideal". The sum of the 7 metrics results in an overall cardiovascular health score (CHS), which allows establishing the risk of developing some heart disease in the future.

During the study, 74701 participants were included, who completed questionnaires about their health and underwent clinical examinations and laboratory tests on three occasions over a period of 4 years. The authors followed the participants and analyzed the data obtained to determine how the CHS was linked to the development of cardiovascular diseases in these patients.

The researchers identified five patterns that patients followed during the study. These patterns included maintaining high, intermediate, or low CHS, as well as increasing and decreasing CHS over time.

As a worrying fact, the researchers observed that approximately 2% of people reach the "ideal" rating in the seven indicators.

The research team also undertook the task of determining if any of these health measures were more important than the others. To evaluate this, they did repeated tests, eliminating a different, single health measure each time. They found that even then the scores predicted the risk of developing cardiovascular diseases in the future.

This suggests that overall cardiovascular health is the most important and that one factor is not more important than the others. In addition, it helps to confirm that these seven metrics are valid and constitute a useful tool to develop strategies for the prevention of these diseases.