Researchers Uncovered a New Tactic Bacteria Use to Evade Drugs 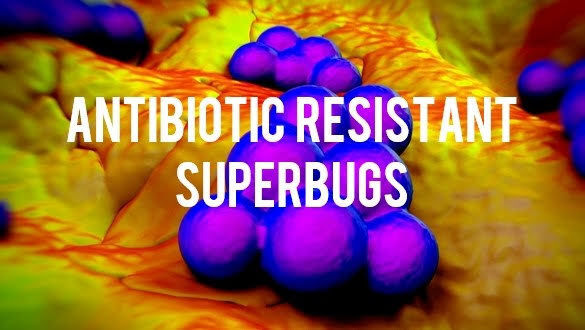 Gene-stealing microorganisms rapidly spread strategies for avoiding antibiotics from one another. Antibiotics may be rendered ineffective by a variety of previously unknown strategies.

Antibiotics are drugs that are used to treat bacterial illnesses as well as prevent their occurrence. Antibiotic resistance occurs when bacteria adapt as a result of being exposed to antibiotic medications.

The Centers for Disease Control and Prevention (CDC) state that antibiotics are only necessary for treating certain bacterial diseases; nevertheless, other bacterial infections may be treated without antibiotics. Antibiotics are essential for the treatment of potentially fatal infections including pneumonia and sepsis (the body's severe reaction to an infection). It is also important to have effective antibiotics for those who are at a high risk of contracting infections. Patients having surgery, those with renal failure, and those undergoing cancer treatment are all at increased risk for infection.

The troubling ability of bacteria to build resistance to antibiotics is a fast expanding health danger. This capacity has been there for a very long time, and it is what enables drug-resistant bacterial illnesses such as MRSA and gonorrhea to kill 1.3 million people annually around the world.

Even wild creatures like dolphins and bears aren't safe from these superbugs, which have even made their way into their bodies.

The sneaky microorganisms are able to steal genes from one another, which enables them to rapidly pass on antibiotic-resistant strategies: Strategies include immediately neutralizing the antibiotics, preventing medicines from building up in their systems, or altering the targets of the antibiotics to render the treatments ineffective.

The abuse of antibiotics has contributed to the rise of superbugs, which have developed various antibiotic resistance mechanisms, making them exceedingly challenging to cure.

During the course of their research into how Group A Streptococcus reacts to antibiotics, the microbiologist Kalindu Rodrigo of the Telethon Kids Institute and her colleagues found a novel mechanism.

It is widely knowledge that this bacterium is responsible for sore throats and skin infections, but it also has the potential to cause systemic diseases such as scarlet fever and toxic shock syndrome.

"In order for bacteria to flourish and spread illness, they must first manufacture their own folates. In order to restrict the growth of germs and effectively cure the illness, some antibiotics function by inhibiting the formation of folate "explains Barnett.

"Though we looked at an antibiotic that is routinely recommended to treat skin infections caused by Group A Strep, we discovered a mechanism of resistance. The bacteria revealed the capacity to extract folates straight from their human host even when they were prevented from generating their own."

Therefore, Streptococcus has been receiving folate that has previously been digested from sources outside of its own cells; these molecules are prevalent inside human bodies.

Sulfamethoxazole is an antibiotic that prevents bacteria from producing folate by inhibiting a process called folate synthesis. The mechanism fully sidesteps the action of sulfamethoxazole, which renders the medicine useless.

At least one gene, designated thfT, was shown to be implicated by Rodrigo and the colleagues. It encodes a component of the folate harvesting system, which is analogous to our own in that we are unable to make folate on our own and must get it from the food we consume.

Therefore, Streptococcus bacteria that possess this gene have discovered a mechanism to consume folate and circumvent the effects of sulfamethoxazole.

Antibiotics that include sulfamethoxazole are able to kill Group A Streptococcus in the laboratory because the bacteria cannot get folate from any other readily available source.

In this particular scenario, the bacteria will only become resistant to the medicines in the event that they are responsible for a true illness inside human bodies. This indicates that there is not currently a straightforward method for diagnosing antibiotic resistance in pathology laboratories.

This process provides evidence that antibiotic resistance is far more complex than was previously understood by researchers and highlights the need of developing a greater variety of medicines to combat germs.

According to Barnett, "unfortunately, we fear this is simply the tip of the iceberg. Although we have uncovered this mechanism in Group A Strep, it is probable that it will be a widespread problem across other bacterial infections."

The first step in being able to screen for these processes and counter them by prescribing different types of antibiotics is to have an understanding of these mechanisms.

How Bacteria Evade Antibiotics And Transform Into Superbugs