Researchers in Israel have Discovered a Natural Cancer-Fighting Agent 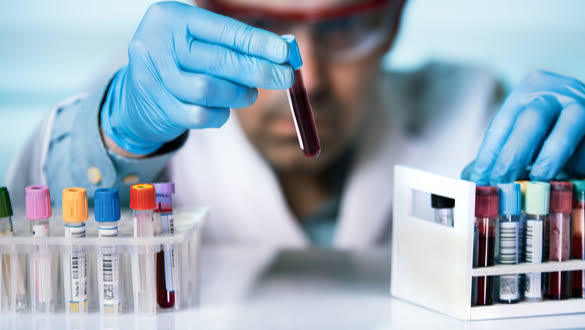 According to recent research from the Weizmann Institute of Science published in Cell, there is hope for immunotherapy that utilizes the body's own naturally generated antibodies.

In the fight against cancer, new research might lead to a breakthrough in immunotherapy, which uses a unique immune system weapon: naturally created antibodies.

Antibodies are proteins that protect the body from specific pathogens. According to other research, malignant tumors typically include naturally existing antibodies, the role of which is uncertain; these antibodies might have been produced by the body independently of diseased cells.

On the other hand, indirect evidence suggested that the antibody-producing B cells in tumors were more prevalent in individuals who had survived longer than average and responded better to anticancer medicines.

Researchers led by Prof. Ziv Shulman and Prof. Irit Sagi of Weizmann's Department of Biological Regulation and the Immunology Department at the institution now have proof that cancer patients' immune systems may create antibodies against tumors. Dr. Sagi believes that the therapeutic potential of these naturally occurring antibodies has yet to be fully explored. Further study is required to use them in future therapeutics or as diagnostic reagents.

Out of the hundreds of proteins in cancer cells targeted by the newly discovered antibodies, the researchers identified just one molecule, which was reported in the journal Cell. This molecule was the membrane-bound protease enzyme MMP14, discovered in the laboratory (MT1-MMP).

A significant function in tissue remodeling in a healthy individual is played by a scissor-like enzyme that plays a role in tissue regeneration and wound healing, for example.

However, during the course of cancer, it functions in the tumor's microenvironment. It expands out of control, chopping through the matrix surrounding the cancer cells and assisting them in invading adjacent tissue and spreading to other organs, resulting in lethal metastases.

Some of the antibodies had experienced a type of evolution while fighting this enzyme: they had collected mutations that increased their match to the tumor, and particularly, to this enzyme, over time. "These mutations are often associated with infectious disorders, in which antibodies progressively acquire mutations that aid them in more effectively eliminating the pathogen." We weren't expecting to see such a level of progress in the field of cancer," Shulman adds.

The fact that the antibodies are directed against one of the body's enzymes is a consternation source for researchers. The immune system's assaults against a person's own tissue are typically detrimental, and they result in autoimmune disorders in the majority of cases. However, in the event of cancer, the technique is unquestionably advantageous. It is no less perplexing why this good procedure fails to eradicate cancer.

Sagi speculates that the immune system's weariness might be one of the contributing factors. Contrary to the short period of time it takes to combat infection (a week), cancer grows over months or even years as it seeks methods to circumvent the patient's defenses. After a lengthy period of time-fighting cancer, the immune system may become too depleted to provide the complete arsenal of weapons necessary for efficiently destroying the tumor – such as the natural killer cells required for this reason and antibodies," Sagi explains. "Antibodies launch an assault on the tumor cells in the patients," Shulman continues, "but the cells that may remove the tumor are absent from the patients." The researchers discovered that only a small number of natural killer cells were present in the tissue samples acquired from women who have ovarian cancer. However, when scientists combined such cells with anticancer antibodies in tissue cultures, the killer cells outperformed the antibodies to eliminate the tumors.

These discoveries herald the beginning of a new era in the development of cancer immunotherapies, which will use naturally occurring antitumor antibodies. Until recently, antibodies used in cancer treatment were generated on demand against known targets rather than produced naturally by the patient's immune system. When patients' T cells are recruited to fight a tumor as part of immunotherapy treatment, synthetic antibodies may occasionally direct the cells toward the tumor's malignant tissue. The novel technique may aid in the discovery of previously unidentified targets on tumor cells, which may therefore be targeted more successfully with immunotherapy in the future. Developing natural antibodies into medications that may be used as a stand-alone therapy or in conjunction with other treatments may also be possible. These pharmaceuticals may be useful in the early detection and diagnosis of cancer. Even though the study was limited to women with ovarian cancer, the researchers demonstrated that their results also apply to patients with other forms of cancer.