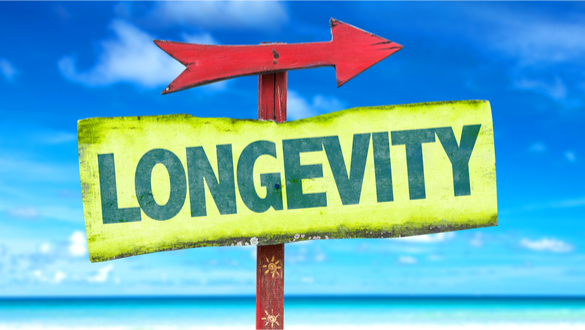 Mice have been used to isolate a hormone that has the potential to help extend the lives of mice and possibly human lives.

In a recent study conducted on mice, researchers isolated the hormone solely responsible for these peculiar anti-aging properties. It would appear that yeast, fruit flies, and rats can live longer and enjoy better health when fed a diet low in protein.

The liver is the organ responsible for producing the hormone known as fibroblast growth factor 21 (FGF21). Recent studies have shown that restricting protein intake in male mice causes FGF21 to respond by increasing their metabolic rate and glucose tolerance while simultaneously causing them to lose bodyweight.

FGF21 was found to be necessary for anti-aging benefits by the same group of researchers that made the initial discovery.

According to these recent discoveries, the consequences of protein restriction on one's ability to live a longer life appear to be dependent on a single hormone, one that is also found in humans.

Studies on humans indicate that diets low in protein and rich in carbs may have similar benefits for metabolic health, even though it is unknown whether FGF21 plays the same role in humans as in mice. These macronutrients have an effect, as well, on the amounts of FGF21 that are found in the blood.

Researchers are gaining a better knowledge of the function of this hormone in the body with the help of experiments conducted on mice. When fed the same diet as regular mice, male mice with the FGF21 gene knocked out had a lower natural lifespan than normal mice would have had if they had been fed the same diet.

Mice that lacked the gene for FGF21 saw overall growth that was both more robust and less svelte. These mice began to lose weight much earlier than other mice due to the natural aging process, which caused them to become much more feeble than mice with full FGF21 genes. According to the researchers' findings, they had "totally lost" their ability to tolerate glucose.

Researchers found that adult mice expressing FGF21 on a long-term low-protein diet seemed healthier and more physically strong than mice not fed a low-protein diet. Their fur did not appear as disheveled or uneven as that of mice that lacked the gene for FGF21.

The data suggest that reducing protein intake in normal mice lowers the frailty associated with aging. The FGF21 signaling pathway is involved in the regulation of this process.

One of the many jobs that FGF21 performs is to regulate the amount of sugar that a person consumes and how this hormone reacts to various macronutrients that affect the brain.

If given the option, people will pick foods lower in fat and carbohydrates and higher in protein because previous research by the same authors demonstrated that long-term low-protein diets enhanced FGF21 activation in the mouse brain.

"Our research has led us to believe that the brain can communicate with FGF21 and that without this signal, a mouse will be oblivious that it is consuming a diet deficient in protein. Consequently, the mouse is unable to adjust either its metabolic rate or the way it feeds. "Christopher Morrison, a neuroscientist at Louisiana State University, explains more.

These findings suggest a possible explanation for why lowering the amount of protein consumed can extend the longevity of mice. However, it is essential to point out that this study focused solely on male animals. It's possible that female mice don't react as severely to similar meals.

Nevertheless, this is the first study that has isolated a specific hormone responsible for regulating the positive effects of consuming a diet low in protein.

The study was published in Nature Communications.