Poliovirus was identified in NY Sewerage, Young Children Most at Risk 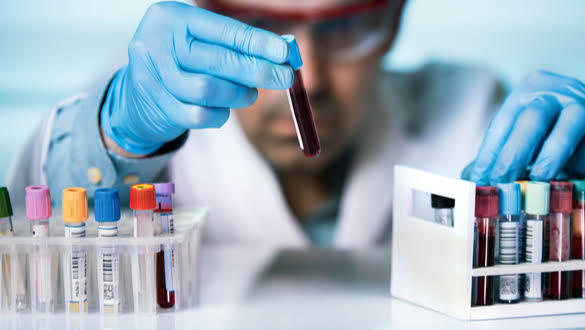 New York has issued a "State of Emergency." Although the virus is a threat to everyone, infants and toddlers have the highest risk of infection.

Since the ancient times of the pharaohs and the great tombs of Egypt,  people have been susceptible to polio. A man with a withered leg who is unable to bear weight or walk without the assistance of a walking staff is depicted in a picture found in an ancient Egyptian tomb. This results in the replacement of the majority of the muscle fibers by scar tissue, which causes permanent muscle loss.

When you mention polio to someone who was born before 1955, they will immediately recall the reign of terror that kept the nation hostage for more than ten years. The dreadful disease that is polio paralyzed almost quickly thousands of children and people who had before had full, active, and healthy lives.

One virus, in particular, is responsible for polio; it is an enterovirus that is most common in the summer and fall. It can also be transmitted by polluted water found in swimming pools or hazardous taps and through excrement that has been infected in a domestic setting. The majority of children who contract polio will experience fever followed by recovery, but many will go on to develop paralysis of their skeletal muscles. Their capacity for feeling sensations or suffering, as well as their thoughts, are unaffected by it in any way. However, this can render it hard for the individual to walk or utilize any other muscle groups, and in rare cases, it can even cause the muscles that keep the individual breathing to shut down.

There is now no treatment or cure for paralytic polio, nor is there any way to prevent it.

If started early in the course of the illness, physical or occupational therapy might assist with polio-related arm or limb weakness and improve long-term outcomes. This is especially true if the therapy is utilized to treat the weakness. Healthcare practitioners should consult neurology and infectious disease experts to discuss various treatment options and make recommendations for specific actions based on each patient's circumstances.

Please do not delay contacting your healthcare provider or going to an emergency department if you or a member of your family are experiencing symptoms that may be consistent with polio.

In 1952 the virus caused the infection of approximately 60,000 youngsters; thousands were left disabled, and more than 3,000 died. For patients with polio, dedicated sections equipped with iron lung devices were put up in hospitals.

Polio was a disease that saw a number of outbreaks between 1948 and 1955, before the development of a vaccine that could protect against it. During this time period, many people avoided big groups of people and public meetings out of concern that they would become infected with polio. This included going to fairs, sporting activities, and swimming pools. Some parents would not let their children play with new friends and would often check on their children to see if they were displaying any symptoms. Other parents would allow their children to play with new friends as long as they stayed within their own social circle.

By the middle of the 1960s, the number of cases of polio that occurred annually in the United States had dropped below 100. Since 1979, there have been no locally transmitted instances of polio in the United States, and the last case of the disease to be brought in from another country reached our soil in 1993. Even though there are isolated areas where polio is still being transmitted, it is highly likely that the disease will be eradicated from every part of the world within the next few years.

Following the discovery of the poliovirus in wastewater samples collected from four counties in New York state on Friday, Governor Kathy Hochul of New York issued a state of emergency to expedite efforts to vaccinate residents against the disease.

The virus was found a month ago in samples taken from Nassau County, which is located on Long Island and borders the borough of Queens in New York City. Hochul's executive order followed the finding of the virus. The virus was discovered earlier this year in samples from Rockland, Orange, and Sullivan counties, all located north of the city.

According to the health department of the state of New York, the first confirmed polio in the United States in a decade was discovered in Rockland County in the month of July. The patient was an adult.

Mary Bassett, the state health commissioner, said, "on polio, we just cannot play the dice." "There is a significant possibility of contracting a disease that causes paralysis if either you or your child have not been vaccinated or have not kept up with the recommended immunization schedule."

In some people, polio can result in permanent paralysis; however, the disease is preventable thanks to a vaccination made available for the first time in 1955. Even though there is no known cure for the disease, receiving the vaccine three times will provide approximately one hundred percent protection.

The virus poses a risk to people of all ages; however, the youngest children, those under the age of three, are most likely to be affected.

Officials strongly recommended that unvaccinated adults and children as young as two months old get vaccinated against the virus, and they suggested that persons who had previously been immunized have a booster shot every ten years.

In addition to several other measures, Hochul's announcement gives permission for paramedics, midwives, and pharmacists to deliver polio immunizations to speed up vaccination rates. In addition, the directive instructs healthcare professionals to supply the state with up-to-date information on vaccinations.

The declaration of a state of emergency will continue to be in place until October 9th. Officials in charge of public health have established a target of vaccinating 90 percent of the local population.

According to the data provided by the state health department, Orange County has the lowest vaccination rate of the counties that are a cause for concern, with fewer than 59% of the population having been inoculated.