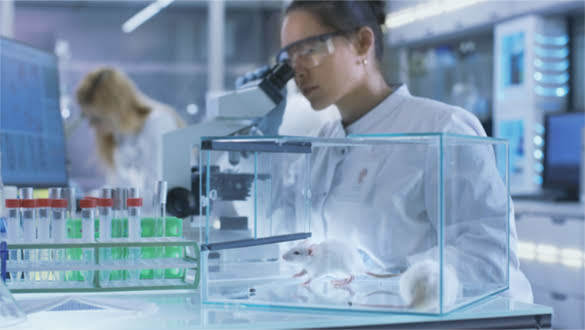 Scientists and health groups are working hard to find ways to stop bacteria from becoming resistant to antibiotics. A new molecule has been found that can kill bacteria that have become resistant to drugs.

The article "An Iterative Approach Guides Discovery of the FabI Inhibitor Fabimycin, a Late-Stage Antibiotic Candidate with In Vivo Efficacy against Drug-Resistant Gram-Negative Infections," published by the American Chemical Society, antibiotic resistance is a significant challenge that researchers concerned with public health are attempting to address. After the discovery of a novel chemical that may successfully manage germs that have grown resistant to medication treatment.

Antibiotic resistance is a significant challenge that researchers and groups concerned with public health are attempting to address. After discovering a novel chemical that may successfully manage germs that have grown resistant to medication treatment, assistance may arrive shortly.

According to a study that was published by the American Chemical Society and titled "An Iterative Approach Guides Discovery of the FabI Inhibitor Fabimycin, a Late-Stage Antibiotic Candidate with In Vivo Efficacy against Drug-Resistant Gram-Negative Infections," the study found that fabimycin was effective against drug-resistant gram-negative infections. Numerous biological targets that might be exploited in an effort to eradicate Gram-negative bacteria have been uncovered as a result of genomic research and tests with strains with reduced permeability.

The name of the chemical is fabimycin, and in the not-too-distant future, it may be put to use in the treatment of some of the most tenacious illnesses that people are susceptible to.

Gram-negative bacteria are the focus of the new perspective therapy. These bacteria are a category of dangerous pathogens that are difficult to eradicate and often cause infections in the urinary system, lungs, and even the bloodstream.

More than a third of patients diagnosed with blood infections caused by gram-negative bacteria passed away within a year, according to the findings of a study conducted at a hospital in England. These findings highlight the difficulties associated with treating infections caused by resilient microbes. Their resistance may be attributed to a protective outer membrane that acts as a barrier between the wall and potentially harmful compounds such as antibiotics.

The researchers write in their published study that genomic investigations and trials with permeability-deficient strains have identified a number of biological targets that may be activated to kill gram-negative bacteria.

However, many bacteria have tough outer membranes and promiscuous efflux pumps, preventing many candidate medications from reaching their targets.

Fabimycin circumvents these challenges by penetrating the cell's outer layer and evading the pumps that remove foreign material. This enables the molecule to collect in the areas of the cell where it is most likely to cause damage. In addition, the drug can prevent the destruction of an excessive number of beneficial bacteria, which is another problem with the therapies that are now in use.

The researchers began with an antibiotic that was known to be successful against gram-positive bacteria. They then made various structural alterations to the molecule in order to give it the ability to penetrate the strong defenses of gram-negative strains of bacteria.

During clinical trials, fabimycin was effective against over 300 distinct drug-resistant bacterial strains. In addition to this, research on mice showed that it brought back to pre-infection levels the levels of dangerous bacteria that were present in mice infected with pneumonia or urinary tract infections.

It is reasonable to believe that fabimycin's efficacy may improve as it is used to treat infections in higher organisms, according to the researchers, who write that "given the promising activity of fabimycin in mouse infection models and encouraging data that fabimycin is dramatically more stable in rat and human plasma," fabimycin may be more effective in treating infections.

Finding antibiotics that have a remote chance of being effective against gram-negative bacteria is not something that occurs daily, which is why the biosynthesis of fabimycin is an encouraging breakthrough.

We are gaining a greater and greater understanding of gram-negative bacteria as time goes on, whether this pertains to the molecular level of how it is assembled or the functional level of how it operates within the body. All of that information is useful in determining how we can put a halt to the harm that is being caused by it.

There is still a considerable amount of work to be done before fabimycin can be combined into a medicine that is used, but the indicators look positive. As researchers grow closer to being able to test it on humans, it will undoubtedly be important to keep a watch on how things go.

The researchers write in their paper that "the potency of fabimycin, together with the extremely low resistance frequency and apparent absence of pre-existing resistance, bodes well for its translation."