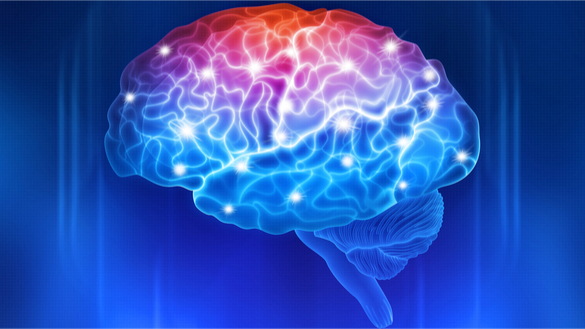 Two pharma companies claim that their unapproved treatment can slow the progression of Alzheimer's disease. Researchers and those afflicted by the ailment are waiting with bated breath for the results of a human trial for the drug.

The results of a clinical trial of an experimental drug for Alzheimer's disease have been eagerly anticipated, and they suggest that the treatment may have slowed cognitive decline somewhat for people who are in the early stages of the disease. However, the treatment may also have caused some patients to experience brain swelling or bleeding.

The new information, which was made public on Tuesday evening, provided the first comprehensive look at the effects of the medication known as lecanemab. Its release comes two months after the drug's manufacturers, Eisai and Biogen, stoked excitement by announcing that the medication had shown positive results.

Compared with patients who were given a placebo, those who were given lecanemab over 18 months "resulted in somewhat reduced deterioration on measures of cognition and function." This was stated in the results report published in the New England Journal of Medicine. However, the conclusion of the research that had roughly 1,800 individuals with moderate symptoms and was co-written by experts from Eisai was that "longer studies are necessary to assess the effectiveness and safety of lecanemab in early Alzheimer's disease."

Lecanemab is a monoclonal antibody that, like Aduhelm, targets a protein called amyloid. Amyloid is known to cluster together, forming plaques in the brains of patients with Alzheimer's disease. Lecanemab is administered as an intravenous infusion every two weeks. Clearing up or lowering levels of the protein in patients' brains is not something that has been definitively proven to assist memory or thinking issues over the course of years of research with a variety of anti-amyloid chemicals. Another anti-amyloid monoclonal antibody, gantenerumab, which Roche and Genentech produced, did not demonstrate any cognitive benefits when it was tested earlier this month.

Experts believe that the lecanemab experiment is the first time that is targeting amyloid has clearly connected with a reduced rate of cognitive deterioration. Given this background, the trial takes on greater relevance. However, due to the fact that the pace did not significantly slow down, a number of medical professionals who specialize in the treatment of Alzheimer's disease questioned whether the impact would be obvious to patients or their families.

After 18 months, the clinical study discovered that individuals taking lecanemab saw a deterioration in cognitive function that was 27 percent slower. This equates to a difference of 0.45 of a point on an 18-point scale.

Alzheimer's disease affects around 30 million individuals throughout the world and approximately six million people in the United States; these figures are anticipated to increase by the year 2050. Patients with moderate cognitive impairment or early-stage Alzheimer's disease, whose brains had higher-than-normal amounts of amyloid, were used in the clinical trials of lecanemab. This description fits about 1.5 million people in the United States.

It is anticipated that the Food and Drug Administration will decide on lecanemab on January 6 regarding whether or not to grant it the same type of approval it granted Aduhelm. This type of approval is known as "accelerated approval," It is a designation that can be given to drugs with uncertain benefits if they are for serious diseases with few treatments and attack a biological element of the disease. With accelerated approval, firms are required to do more tests to demonstrate that their medication is effective.

Eisai, which presented its data Tuesday night at a conference in San Francisco, said that it would utilize the fresh information to seek full permission early in the new year if the decision that will be handed down in January is positive.

In the study released on Tuesday, researchers found that there were six fatalities among the 898 patients taking lecanemab and seven deaths among the 897 patients receiving a placebo. According to what was written by the authors, there did not seem to be any fatalities that may be linked to lecanemab or that happened due to brain enlargement or hemorrhage.

The two fatalities recently disclosed happened after the 18-month randomized component of the experiment. Because of this, the deaths of those trial participants are not included in the study, and it is unknown if those patients got lecanemab or a placebo during that period. However, at the end of the 18 months, both patients decided to participate in an open-label extension trial in which they would be given lecanemab.

The individuals who experienced additional medical issues were those whose cases were published in Science and STAT journals. One example included a lady who was 65 years old and had a stroke. After having conventional therapy for blood clots associated with strokes, she developed a major brain hemorrhage and passed just a few days later. A neuropathologist who examined the woman's body during an autopsy that was performed at the request of the woman's husband told the journal that lecanemab probably weakened her blood vessels, which rendered them susceptible to bursting when she got the medication that prevents blood clots.

Eisai issued a statement claiming, "It is Eisai's view that the fatalities cannot be traced to lecanemab." The statement cited the patients' various medical issues and the blood-thinning medicine they were taking. According to the information provided by the business, throughout the randomized and open-label stages of the clinical study, the overall risk of mortality associated with significant brain bleeds was 0.1 percent for patients in both the lecanemab and placebo groups.

Dr. Thambisetty said that the two fatalities add to the worries that have been raised concerning the safety of lecanemab "in real-world clinical practice when patients are likely to be sicker and have several additional medical disorders, in contrast, to carefully chosen individuals in clinical trials."

Despite this, the results on lecanemab, which Dr. Gandy said tackles a different kind of amyloid than other medications that have been studied, revealed considerably lower rates of edema and bleeding compared to Aduhelm.

According to the authors' findings, "severe adverse events" occurred in 14% of patients treated with lecanemab and 11% of patients given a placebo. Because of the potentially harmful consequences of lecanemab, about 7 percent of patients dropped out of the study, which was more than double the rate of patients who dropped out of the experiment after receiving a placebo. More than a quarter of the patients who took lecanemab had adverse infusion-related responses, the most common of which were fever and symptoms similar to the flu. These reactions often occur after the first dosage. According to the research findings, a far lower proportion of patients who were given placebos reported such symptoms.

The fact that secondary measurements corroborated this finding in the experiment, such as three additional cognitive tests, gives credence to the idea that the medication could have an impact, according to the experts. In addition, patients started exhibiting signs of a slower decline a few months after beginning treatment with lecanemab, and the speed continued to reduce over the 18-month study period. This was true across all metrics.

The experiment attempted to recruit a greater percentage of people of color than is generally the case in Alzheimer's disease clinical trials. According to the research findings, about one-quarter of the people who took part in the experiment in the United States were of Black or Hispanic descent. In addition, those with a variety of medical conditions, such as hypertension, diabetes, heart disease, obesity, and kidney disease, were able to take part.