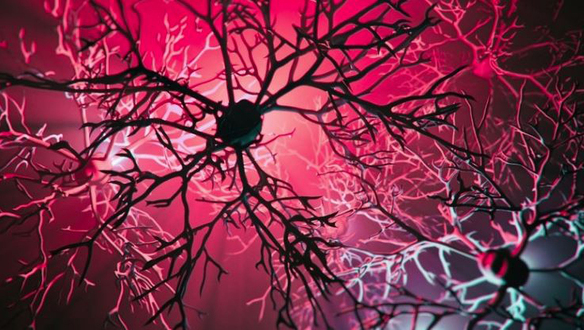 Spinal cord injuries are the leading cause of chronic paralysis, characterized by a loss of movement and sensation in some or all body areas. Even while no therapy can guarantee a patient will be completely cured, some treatments can improve their health. One such method is called epidural electrical stimulation, or EES, which involves the implantation of electrodes into the spinal cord area by medical professionals to help patients regain their movement.

Nine persons unable to walk due to spinal injuries have regained their ability to do so after receiving a combination of severe physical therapy and electrical stimulation.

Due to the damage to their spinal cords, they all suffered from severe or full paralysis. Unbelievably, all volunteers immediately observed changes and continued to exhibit improvement even after five months.

A recent study conducted by experts from the Swiss research organization NeuroRestore used mice as their primary research subject to identify the specific nerve groups that were activated by the treatment.

The portion of the spinal cord located in our lower backs contains the nerve cells responsible for the coordination of walking. Even if these particular lumbar neurons have not been damaged in any way, injuries to our spinal cord may nonetheless prohibit us from walking because they disrupt the chain of signals that come from our brain.

Because they are unable to receive commands, the neurons responsible for walking become virtually nonfunctional, potentially resulting in permanent limb paralysis.

According to the American Association of Neurological Surgeons, there may be as many as 450,000 people living in the United States with a spinal cord injury. Slightly more than half of these injuries affect individuals under the age of 30, the great majority of whom are males. The most frequent causes of these injuries are motor vehicle crashes and acts of violence.

Previous research has shown that applying electrical stimulation to the spinal cord may reverse this kind of paralysis; however, the mechanism of this is not completely known. As a result, neurologist Claudia Kathe from the Swiss Federal Institute of Technology in Lausanne (EPFL) and her colleagues put a method known as epidural electrical stimulation through its paces on nine different humans, in addition to testing it out on an animal model.

A neurotransmitter was surgically placed in the patient in order to activate the spinal cord. Meanwhile, patients were also undergoing a process of rigorous neurorehabilitation that featured a robotic support system that assisted them as they moved in many different directions.

During this period of time, the patients attended stimulation and rehabilitation sessions between four and five times each week. This lasted for a total of five months. After that, it turned out that every single one of the volunteers could get about with the assistance of a walker.

The restored patients demonstrated a decrease in neural activity in the lumbar spinal cord when they were walking, which was a complete surprise to the researchers. The researchers think this is because the activity has been narrowed down to focus on a certain group of neurons necessary for walking.

This day has been a long time in coming for Grégoire Courtine, a professor of neuroprosthetics at EPFL According to what he has said, "it took us 15 years to go from paralyzed rats to the first steps in people." Perhaps in another ten years, our technology will be developed to the point where it can be used in clinical settings.

The ability to walk again is one of Courtine's top priorities in life. He began his work with paralyzed rats 15 years ago, inserting microscopic electrical implants into their spines in order to activate nerve fibers located below the location of their spinal cord damage.

Courtine's group was able to train the rats after the electrodes in the implant were activated. They supported the animals with a harness while pushing them to go ahead. "After two months of training, a rat who was entirely paralyzed walked to the delectable piece of Swiss chocolate that we placed at the end of the course," Courtine recalls. "After two months of training, a rat that was fully paralyzed walked."

Courtine told Dyani Lewis of Nature, "When you think about it, it should not be a surprise because in the brain, when you learn a task, that's exactly what you see – there are fewer and fewer neurons activated" as you get better at it.

To further understand which cells were responsible for what, Kathe and colleagues utilized a mouse model with a mix of RNA sequencing and spatial transcriptomics, a method that measures and maps gene activity in particular tissues.

They discovered one group of neurons in the lumbar spinal cord's intermediate laminae that may take over when others are damaged.

The SCVsx2::Hoxa10 neurons that make up this tissue aren't required for walking in healthy animals, but their absence prevents mice from healing from spinal cord injuries. However, they can only be recruited during active periods.

Neurons expressing SCVsx2::Hoxa10 are "uniquely positioned" to translate brainstem signals into higher-level behavioral directives. According to the article by Kathe and coworkers, these signals are sent to neurons that ultimately result in movement.

There is only one link in a long network of cells sending and receiving messages, so there is much more to learn.

These trials, however, "proved that the engagement of SCVsx2::Hoxa10 neurons is a critical prerequisite for the resumption of walking following paralysis," the researchers said.

This new information can potentially improve the quality of life for those with spinal cord injuries in the future. "This paves the way to more targeted treatments for paralyzed patients. We can now aim to manipulate these neurons to regenerate the spinal cord," added study co-author and EPFL researcher Jordan Squair.

"Our new study, in which nine clinical-trial patients were able to recover some degree of motor function thanks to our implants, is giving us valuable insight into the reorganization process for spinal cord neurons.," said study author Jocelyne Bloch, a neurosurgeon at Lausanne University Hospital (CHUV).

What is Paralysis? What are the Types of Paralysis? How Does Someone Become Paralyzed?