Million of Diabetics Could Replace Daily Injections with a Pill 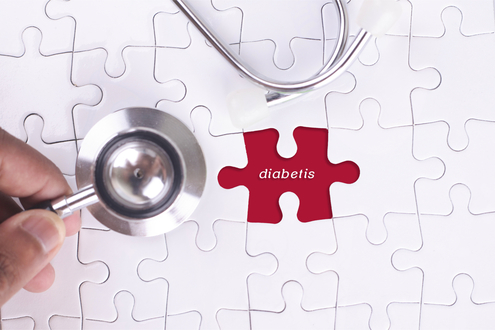 Researchers at the University of British Columbia have made a groundbreaking finding in their quest to create oral insulin tablets as an alternative to daily insulin injections.

According to the American Researchers from the University of British Columbia (UBC) claim to have discovered a "breakthrough" insulin tablet that could eliminate the need for the injection.

Diabetes is a chronic metabolic condition defined by high blood glucose levels (or blood sugar), which causes long-term damage to the heart, blood vessels, eyes, kidneys, and nerves. The most prevalent type of diabetes mainly affects adults and happens when the body develops insulin resistance or fails to produce enough insulin. Type 1 diabetes is a chronic illness in which the pancreas generates little or no insulin on its own.

National Institute of Diabetes and Digestive and Kidney Diseases (NIDDK),

How many diabetics Cannot afford insulin?

"One out of 4 diabetes patients in our country cannot afford their insulin." Kamala Harris, on Monday, April 22, 2019, in a CNN town hall event

"These exciting results show that we are on the right track in developing an insulin formulation that will no longer need to be injected before every meal, improving the quality of life, as well as mental health, of more than nine million Type 1 diabetics around the world." says professor Dr. Anubhav Pratap-Singh (he/him), the principal investigator from the faculty of land and food systems.

The search for a non-injectable form of insulin was motivated by the fact that his diabetic father has had to take insulin injections three to four times each day for the past fifteen years.

According to Dr. Alberto Baldelli, a senior fellow in Dr. Pratap's lab, nearly all of the insulin from Singh's pills is now absorbed directly into the liver. In previous attempts to design a formulation of insulin that could be consumed as a drink, the majority of the insulin would concentrate in the stomach. Dr. Pratap provided this information.

"Even after being given insulin for a full two hours, there was still no evidence of insulin in the rats' stomachs. Everything was in the liver, which is the best place for insulin to work; this is precisely what we had hoped to see, "According to Yigong Guo, who is not only the first author of the study but also a Ph.D. candidate who is heavily involved in the project.

Altering how the product is distributed…

Patients with diabetes often find that injecting themselves with insulin is neither the most comfortable nor the most convenient form of insulin administration. However, although a variety of other oral insulin treatments were also being researched and developed, the team from UBC worked on figuring out where and how to improve absorption.

Instead of being designed to be swallowed, Dr. Pratap and his colleagues at Singh's developed a tablet that may be used to treat gum disease by inserting it between the gum and cheek.

This method uses the delicate membrane that can be found in the inner lining of the cheeks and at the back of the lips (also known as the buccal mucosa). It could transfer all of the insulin to the liver without any degradation or loss of insulin at any point.

"Typically, one insulin dose requires one hundred international units. Other swallowed tablets that are being made and that make it to the stomach may require 500 units of insulin, which is mainly wasted; this is a huge impediment that we have been seeking to get over, "Yigong adds.

Dr. Baldelli explains it further: "Similar to rapid-acting insulin injections, our oral administration pill is absorbed within half an hour and can last between two and four hours."

Dr. Pratap-Singh explains that further time, funding, and collaboration will be necessary for the project to advance to the phase where it is conducted on humans. According to him, the tablet they are developing could be more sustainable, cost-effective, and accessible in addition to having the potential to be of use to diabetics, which is an obvious possibility.

According to Dr. Pratap-Singh, more than 300,000 people in Canada require insulin injections on multiple occasions throughout the day. It is possible that the needles and plastic from the syringe will not be recycled and will wind up in a landfill, which would not be an issue if the medication were taken orally instead of injected.

He mentions that they are working to reduce the cost of insulin per dosage to take advantage of the potential for their oral alternative to be less expensive and more straightforward to manufacture. People with diabetes, who currently have to be concerned about maintaining a cold temperature for their meds, would have an easier time transporting the tablets.

No diabetic person should lose their life just because they cannot buy their insulin. It's a drug that can be made for only a few bucks, so it's quite affordable... However, companies like Eli Lilly, Sanofi, and Novo Nordisk mark up the price by as much as 5,000 percent, and the 7.4 million diabetics in the United States have little choice but to pay it.