Men are More Vulnerable to Cancer than Women 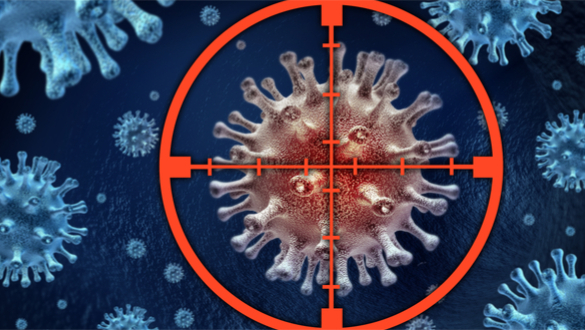 The chance of developing cancer is much greater for males than for women. Many people have blamed external causes when, in reality, there may be a fundamental biological difference at play.

Over the course of many decades, medical professionals have repeatedly observed that male patients seem to have a higher risk of developing a variety of malignancies compared to female patients. This variation in cancer risk based on gender has often been ignored because of a variety of lifestyle variables, such as smoking and food, in addition to occupational exposures.

Cancer may strike anybody at any age, although historically, it has been diagnosed in males more often than in women. Cancer may develop in anyone. According to estimates provided by the National Cancer Institute (NCI), a lifetime diagnosis of cancer will be given to around one in two males and approximately one in three women. In addition, males have a worse chance of surviving cancer. The American Cancer Society (ACS) projects that there will be 321,670 deaths caused by the illness in men in 2019, compared to 285,210 deaths caused by the disease in women.

In general, the likelihood of having cancer at some point in one's life is about the same for both men and girls at any given point in time. This covers cancers that are more prevalent in men, such as prostate cancer and cancers that affect women, such as ovarian cancer.

New research has now presented what is thought to be the most comprehensive analysis done to date into the variations in cancer risk depending on gender. The medical histories of approximately 300,000 people who participated in long-term research on the relationship between nutrition and cancer were evaluated.

"In the current study, we estimated sex differences in the risk of 21 solid tumors at shared anatomic sites," the researchers explained in the new study. "We placed a particular emphasis on quantifying the degree to which differences in risk behaviors (such as smoking and alcohol use), anthropometrics (such as body mass index and height), lifestyle factors (such as physical activity, diet, medication use), and medical and family history explained the higher cancer risk in men."

According to the findings of this research, non-biological variables might be responsible for anywhere from 11.2% to 49.5% of the increased cancer risk in males. The exact percentage varied based on the specific forms of cancer that were investigated. When looking at the risks of cancer shared between men and women, researchers discovered that women had a greater risk than males for just two types of cancer: thyroid and gallbladder.

According to the study's findings, lifestyle factors are responsible for roughly half of males' increased risk of developing certain malignancies. One such disease is lung cancer. However, in the case of some malignancies, such as esophageal cancer, non-biological variables might only account for around 10% of the increased risk.

Sarah Jackson, who was the primary author of the new research and also discussed its findings, said that "our data suggest that there are disparities in cancer incidence that cannot be explained by environmental exposures alone." This shows that men and women are susceptible to different types of cancer for different reasons due to innate biological variations between the sexes.

Establishing the presence of fundamental biological variations between men and women capable of influencing cancer risk is, of course, only the first step on a long road of study to be traveled. At this moment, it is only possible to conjecture about what exactly those processes are, and it is probable that they differ based on the particular form of cancer that is being researched.

Certain differences between the sexes may be attributed to steroid hormones. For example, research has shown that males with high testosterone levels are more likely to develop liver and skin cancer. While hormones like progesterone and estrogen may be related to decreased risks of colon cancer in women, there is not enough evidence to definitively draw that conclusion.

"Immunologically," the researchers theorized in the current study, "stronger innate and adaptive (especially Th2) immune responses in women might lessen susceptibility to cancer." For instance, "women mount a more powerful immune response to oncogenic infections, such as hepatitis B and C viruses and human papillomavirus," which "may, in turn, explain a decreased risk of liver and oropharyngeal malignancies, respectively."

In the clinical research field, researchers are making more of an effort to consider biological distinctions that are dependent on gender. Historically under-represented women in clinical trials have recently been a serious concern. As a result of this under-representation, 86 FDA-recommended therapeutic doses were discovered to be insufficient in women.

Other recent research has investigated gender variations in a wide range of factors, from COVID-19 diagnosis to the likelihood of developing Alzheimer's disease. Researchers may better understand the processes that contribute to more severe clinical outcomes if they investigate the differences in how these illnesses impact men and women.

In an editorial published with the new study in the journal cancer, two experts who specialize in cancer treatment said that gender differences should be considered at every step of cancer patient care. According to the findings of Jingqin Luo and Graham Colditz, it is becoming more apparent that sexual activity has a substantial role in the progression of the illness; as a result, this factor must be considered in both research and therapeutic settings.

According to Luo and Colditz's explanation, "strategic inclusion of sex as a biological variable should be enforced along the whole cancer continuum," beginning with risk prediction and cancer primary prevention, moving on to cancer screening and secondary prevention, and finally concluding with cancer treatment and patient management. It is a never-ending mission to investigate and solve the gender gap in the prevalence of cancer and other illnesses. Bench to bedside translational studies provide a scalable technique within easy reach to accomplish precision medicine that will minimize, and may finally erase, sex differences in cancer.

Men have a higher risk of acquiring cancer than women in most of the same anatomic locations, although it may strike either gender. The risk factors cannot explain this male majority for the most part, which underscores the significance of sex-related biological factors.

Cancer Symptoms and Signs In Men or Women