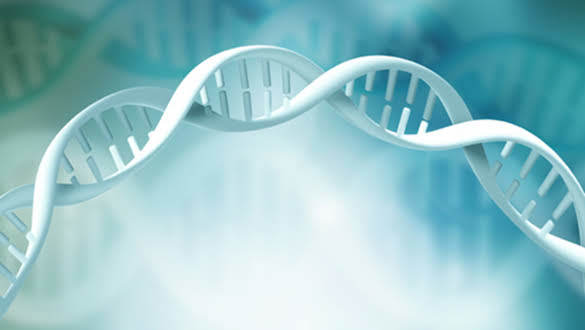 Human  2.0. Introducing "Superhero" DNA to Give the Average Person a Genetic Upgrade.

One of the world's foremost genetic experts believes that a breakthrough "superhero" vaccination inspired by the DNA code of Olympic athletes may have a significant impact on society over the next decade.

According to Euan Ashley, a professor of medicine and genetics at Stanford University, immunization would provide lifetime protection against three of the top ten leading causes of death, including heart disease and cancer, as well as other conditions.

This groundbreaking treatment would lay out a blueprint of "optimal" cells from men and women whose genes are more disease-resistant than those of the ordinary person to assist the body in "repairing, tweaking, and improving" its own versions.

After just one dosage, a "body-wide genetic upgrade" might occur, lowering the risk of early mortality in certain people by as much as 50%.

Conventional vaccinations operate by introducing a weakened or dead virus into the body, which trains the immune system to identify a foreign invader and fight it off.

The immune system responds to the vaccination in the same manner that it would if it were infected with the actual illness — by producing antibodies against the invading disease or virus.

This causes the immune system's own antibodies to seek out and eliminate the infections and any foreign proteins they may be carrying with them.

They remain in the body, providing it with long or short-term immunity.

The majority of genomic vaccines, including the proposed "superhero" injection, function by delivering strings of genetic code to specific cells in a patient's body. Or a natural process of gene editing.

There are many versions of a "gene editor," a program similar to a word processor that can change only one letter of DNA from a disease-prone version to a disease-resistant one.

We are talking fact, not the fictitious similarity where an average student unintentionally was bitten by a genetically engineered spider and suddenly gained a spider's qualities.

To guarantee that the gene editors reach the correct organs without being killed by the body's immune system, they are transported to the right organs by inactivated targeting viruses or coated in lipids (fat particles) before being released.

Pfizer-BioNTech uses the lipid method to package their COVID-19 vaccine.

Gene editing has been compared to the "autocorrect" feature on computers, which is used to correct spelling problems in papers that have been produced on a computer.

On the other hand, gene editing does not alter words; instead, it rewrites faulty DNA.

Although the method is not new, it has had little clinical testing, at least in humans.

Ashley claims that the vaccine would first be provided to people who were in urgent clinical need before being made available to the general public, including children.

Meanwhile, clinical trials of individual components are scheduled to begin in 2026, with the combination vaccine becoming accessible within 10 to 15 years after that.

Even more optimistically, if advancements in genome research and technology continue to grow at the same quick rate, the vaccine may be widely available worldwide in only 10 years.

Although genomic medicine has been promised for decades, we are now at a point where that promise is about to become a reality, ushering in a daring new era of medical therapies.

The possibility of developing a "superhero" vaccine is dependent on the discovery of real-life superhumans who have genes that are unusually resistant to illness or who are better capable of battling the disease.

Eero Mäntyranta, a Finnish Olympian who competed in the 2000 Games, was discovered to have an abnormally high amount of hemoglobin, suggesting an overabundance of oxygen-carrying red blood cells, which helped him to improve his endurance levels.

Other notable cases include Sharlayne Tracy, an American who was discovered to have abnormally low cholesterol levels, and an unidentified Pakistani kid who was found to be unable to feel pain.

Although the precise number of people with superhuman genes is unknown, it is estimated that there are several million globally.

In the future, Prof. Ashley believes that genetic databases, such as the UK BioBank, which now has health and genetic information on more than 500,000 people, will play a critical role in creating genetic vaccines.

They have already discovered superhuman genes for heart disease, liver disease, and Alzheimer's disease. They believe they are close to finding genes for cancer prevention and other deadly illnesses in the near future.

So, with these precise techniques, the day when humans with super abilities can be created isn't too far away. However, this will necessitate the manipulation or replacement of specific genes that have been identified as being associated with particular traits that may confer special features on humans.

Consequently, many people believe that we are a long way from achieving that fantasy world in which unrivaled intelligence and extraordinary physical strength could be achieved. However, we could envision them as the future of gene therapy,

This would require great accuracy, a precise knowledge of the interactions between DNA sequences, and an exact understanding of the mutations, yes mutation, which would arise.

It is not that research has not achieved mutation benefits to humankind in the present day.

For both plants and animals, selective breeding has been widely employed to change DNA and select specific mutations, therefore allowing humans to influence the job done by evolution at our own speed.

Today, most of the foods we eat have been genetically engineered to give them the most acceptable color, shape, and nutritional content.

Is it improper to refer to these foods as "superfoods," "superfruits," or "super veggies" since they have been re-engineered to a superior product?

Humans may be a mere 10 – 25 years away from experiencing an enhanced version of themselves! But who would participate in sports or the Olympics.. the "Supers?"