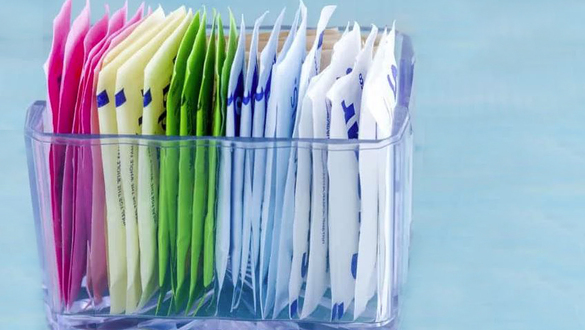 This study adds significantly to a growing body of evidence on potential cardiovascular health harms that were previously based mainly on links between artificially sweetened beverages.

A recent study published in The BMJ evaluated the link between artificial sweetener usage and heart disease risk. Researchers from the Sorbonne Paris Nord University analyzed the consumption of sweeteners derived from all dietary sources, including beverages, tabletop sweeteners, and dairy products. They then compared this consumption to the risk of coronary heart disease and cerebrovascular disease, two conditions that are part of a group of conditions that affect the flow of blood to the brain.

Researchers examined the artificial sweeteners from a molecular standpoint in aspartame, acesulfame potassium, and sucralose.

Alternatives to sugar that are calorie-free or low in calories are artificial sweeteners and sugar substitutes, both of which many people use today. They can be found in thousands of products worldwide, particularly ultra-processed foods such as beverages with artificial sweeteners (like diet sodas), specific snacks, and low-calorie ready meals.

The evaluation of food intake and the utilization of artificial sweeteners made use of self-reported repeated 24-hour eating records. The researchers looked at 103,388 people from France; of those, 80 percent were women. The average age of these people was 42, and the majority of them were female.

A greater risk of cerebrovascular events like stroke has been associated with consumption of the artificial sweetener known as aspartame. The usage of artificial sweeteners like acesulfame potassium and sucralose was found to be connected with an elevated risk of coronary heart disease.

The researchers found high consumption of artificial sweeteners, particularly aspartame, acesulfame potassium, and sucralose, to be connected with an increased risk of cardiovascular disease.

Despite the fact that there are certain shortcomings, this study is nevertheless quite worthwhile. There is a significant association and possibly a direct relationship between increased consumption of artificial sweeteners and an increased risk of heart disease; however, it is important to keep in mind that observational studies cannot demonstrate a causal relationship.

Furthermore, because the study was conducted on a sample predominantly composed of women with postgraduate degrees, the findings are unlikely to be generalized to the entire French or global population. Given that the data was self-reported, it is possible that the obtained information does not accurately reflect the participants' overall health profiles.

According to the research team, additional research is needed to confirm these findings. In the meantime, international health organizations such as the European Food Safety Authority and the World Health Organization should reevaluate their stances on artificial sweeteners in various food products in light of the major findings of this study.

This study reminds us that if we want to improve our diet and perhaps lose weight, switching to foods with less sugar or artificial sweeteners (which can also be low fat) may not be the best way to do it. Instead, it might be better to spend some time making a meal plan based on minimally processed foods with a significant amount of vegetables, fruit, beans, peas, lentils, whole grains, nuts, or seeds. This way of eating is a much better way to keep and improve your health. It can also help lower your risk of heart disease.