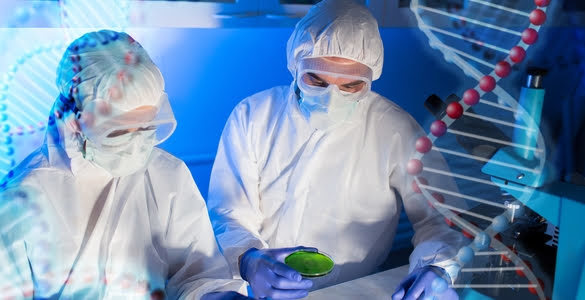 Accelerating technologies in the development of cancer therapeutics could revolutionize the treatment of many different forms of cancer.

To date, 9 patients have been enrolled in the Phase I/II Expansion clinical trial. Patients enrolled early in the Study (patients 1-4) were treated with doses of GTB-3550 below the anticipated therapeutic dose (RP2D) and maximum tolerated dose (MTD) to address possible safety concerns. All patients treated at the lower doses exhibited no signs of toxicity and did not experience any Grade of Cytokine Release Syndrome (CRS).

All patients treated to date with GTB-3550 TriKE displayed no signs of any Grade of cytokine release syndrome (CRS). Of particular note, GTB-3550 is currently being administered to patients at doses significantly higher than the reported MTD (Maximum Tolerated Dose) for continuous infusion of recombinant human IL-15 (Interleukin-15) (Waldmann, TA et al., Clin Cancer Res. (2019) 25:4945–54). GTB-3550 is a single-chain, tri-specific scFv recombinant fusion protein conjugate composed of the variable regions of the heavy and light chains of anti-CD16 and anti-CD33 antibodies and a modified form of IL-15.

"We are pleased with the continued clinical performance of our lead GTB-3550 TriKE™ product candidate as we continue dose escalation." Mr. Cataldo further stated, "this data indicates GTB-3550 therapy demonstrates significant bone marrow blast level reductions in AML and MDS patients without the need for expensive progenitor-derived or autologous/allogenic cell therapies. Further, we have yet to see toxicity (CRS -Cytokine Release Storm) or any significant side effects, as is customary with Cell Therapies and other NK Engagers. We believe as we continue to dose escalate GTB-3550 TriKE™, more patients will experience greater clinical efficacy. TriKE's ability to work in the patient without outside supplemental engineered NK cells or the need for any combination drugs sets TriKE apart from other cancer therapies. This is also the reason why TriKE™ therapy will be significantly less expensive than other treatments, opening the door to an off-the-shelf therapeutic."

MDS is a rare form of bone marrow-related cancer caused by irregular blood cell production within the bone marrow. As a result of this irregular production, MDS patients do not have sufficient normal red blood cells, white blood cells and/or platelets in circulation. High-risk MDS is associated with poor prognosis, diminished quality of life, and a higher chance of transformation to acute myeloid leukemia. Approximately 40% of patients with High-Risk MDS transform to AML, another aggressive cancer with poor outcomes.

Acute myeloid leukemia (AML) is a type of cancer in which the bone marrow makes abnormal myeloblasts (a type of white blood cell), red blood cells, or platelets. According to the National Cancer Institute (NCI), the five-year survival rate is about 35% in people under 60 years old and 10% in people over 60 years old. Older people whose health is too poor for intensive chemotherapy have a typical survival of five to ten months. AML accounts for roughly 1.8% of cancer deaths in the United States.

GTB-3550 is the Company's first TriKE™ product candidate being initially developed for the treatment of AML. GTB-3550 is a single-chain, tri-specific scFv recombinant fusion protein conjugate composed of the variable regions of the heavy and light chains of anti-CD16 and anti-CD33 antibodies and a modified form of IL-15. The natural killer (NK) cell-stimulating cytokine human IL-15 portion of the molecule provides a self-sustaining signal that activates NK cells and enhances their ability to kill. We intend to study GTB-3550 in CD33 positive leukemias such as acute myeloid leukemia (AML), myelodysplastic syndrome (MDS), and other CD33+ hematopoietic malignancies.

Patients with CD33+ malignancies (primary induction failure or relapsed AML with failure of one reinduction attempt or high-risk MDS progressed on two lines of therapy) age 18 and older are eligible (NCT03214666). The primary endpoint is to identify the maximum tolerated dose (MTD) of GTB-3550 TriKE. Correlative objectives include the number, phenotype, activation status and function of NK cells and T cells.