Food Additives: What You Don’t Know Can Hurt Your Health 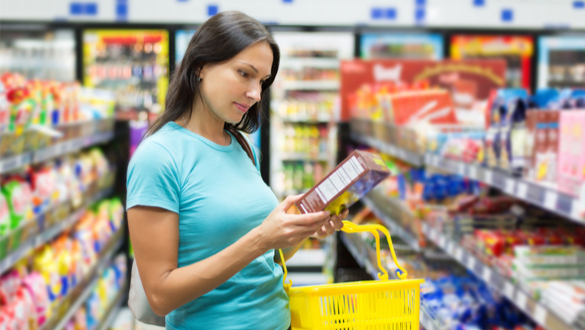 Reading the nutrition labels given on food packages is probably the most important thing to notice on most nutritionists’ lists of healthy foods. But it’s just as necessary to check out the list of ingredients to check the quality of food.  If the list of food additives is very long - it means that the food is highly processed.

More than 3,000 food additives are used to enhance texture, flavor, or shelf life as per the Food and Drug Administration. These additives range from simple ingredients like salt or sugar to certain chemical compounds. In most cases, you don’t need to avoid all of them, but even the additives that have been proven safe by the FDA are not totally benign. Research has been done on certain food additives that have recently given rise to some concerns or controversies. These include;

These are the food additives used mainly to preserve processed meats - like deli meats, bacon, and hot dogs.

What should concern you?

The primary concern is when these meats are cooked at high heat (like grilling a hot dog or frying bacon), or during digestion when they mix with stomach acid, the added nitrites can give rise to nitrosamines. According to some research, these nitrosamines may be carcinogenic (cancer-causing), and eating as little as half a hot dog or half an ounce of deli meat daily can lead to premature death. Even if the packaging says no nitrites or nitrates are added, processed meats usually contain them. The Department of Agriculture regulation claims that if the meat is preserved using natural sources of nitrites/nitrates, such as celery, rather than synthetic ones, such as sodium nitrite or nitrate, the compounds still have the same carcinogenic effects.

It is a type of sugar that enhances flavor by making the food a mild sweeter (it’s about half as sweet as table sugar). It’s also used to improve texture and extend a product’s shelf life. We consume trehalose in small amounts naturally in foods like shellfish, mushrooms, and yeast, but it’s present in much higher processed foods concentrations. Since the FDA approved it in 2000, it’s now being used in various products, such as frozen shrimps, fish in pouches, baked goods, and cereals.

A study found a connection between the Clostridium difficile (C. diff) infections and sweetener. C. diff causes diarrhea and inflammation of the colon and is potentially fatal. Consuming high amounts of trehalose stimulates the enzymes that cause its breakage in our bodies. Eating trehalose doesn’t spread the bacteria, but it encourages its growth. And a person taking an antibiotic - which usually wipes out the body’s good bacteria that protect the body from C. diff along with preventing infection - would be at risk.

Nutritionist cautions that these findings aren’t meant to eliminate trehalose from a person’s diet if they’re healthy, because otherwise healthy individuals don’t get C. diff.  Even in susceptible people (such as patients in hospitals), avoiding trehalose intake isn’t a cure. The hope is that susceptible people will avoid it, reducing the microbial strains that cause more disease and kill more people.

It is derived from red seaweed and used as a stabilizer (to prevent salad dressing from separating) and give items like plant milk, frozen desserts, and yogurts a creamy texture and taste.

The carrageenan’s structure is foreign to the human body, and exposure to it leads to inflammation. The inflammation usually affects the gastrointestinal tract. Some individuals with inflammatory digestive problems, such as irritable bowel syndrome, report a rapid relief in symptoms when they avoid carrageenan use. But according to research, carrageenan may also affect inflammation anywhere else in the body. Many disease processes involve Inflammation - including cancer, diabetes and arthritis.

Artificial sweeteners, such as aspartame, acesulfame potassium (Ace K), and sucralose, are much sweeter in taste than sugar and contain few or no calories.

As they’re usually used in “diet” foods, you may believe that you aren’t taking any artificial sweeteners in your body if you don’t consume such products. But some sugar substitutes, especially sucralose, are present in a variety of regular products. Food manufacturers may use sugar and an artificial sweetener to maintain a proper level of sweetness while lowering the total grams of added sugars.

Some research reveals that artificial sweeteners may increase the risk of type 2 diabetes and heart disease and may lead to harmful gut microbiome changes. Many people turn to sugar substitutes to help them lose weight,  but according to several studies, consuming artificial sweeteners instead of natural sugar may not cause weight loss.

One small study of researchers works deeply on the connection between body fat and artificial sweeteners. Some obese or overweight participants were asked to drink two-three cans of diet soda that contained Ace K and sucralose each day for eight weeks; they experienced increased inflammation in body fat cells. One of the consequences of this can be that it leads to several changes in how the body consumes insulin, preventing glucose uptake in cells. In an insulin-resistant or obese individual, a large amount of glucose is stored as fat. In addition, the researchers saw few changes that show that drinking diet soda may cause the creation of more fat cells.

Stevia is known as a “natural” low-calorie sweetener. Any product that contains it often claims “no artificial sweeteners” on their package. Although the material can be of plant origin, its extracts are highly processed. Furthermore, the evidence that stevia helps lowering blood sugar levels and weight loss is minimal.

It is a sugar alcohol that contains about half the calories of natural sugar, but the sweetness is also about half. It’s used as an artificial sweetener in sugar-free versions of foods like gum, candy, and cookies, as well as an anti-caking agent and an emulsifier in some products. It also occurs naturally in some of the dried fruits - especially prunes.

Sorbitol acts as a laxative as it brings water into the colon. That’s not usually a bad thing, but overdosage can have several unwanted side effects, such as gas, bloating, and diarrhea.

Phosphate, a form of phosphorus, is a mineral that aids bone health. But phosphorus-containing additives, like di-sodium phosphate and phosphoric acid, are usually found in many processed foods - including baked goods, soda, fast food, and dairy products. Phosphorus present in additives is more quickly absorbed in the body than when consumed from natural food.

High phosphorus consumption is hazardous for individuals with kidney disease. Researchers say that if kidney function is impaired, consuming too much phosphorus puts an extra load on the kidneys in an attempt to excrete it. But even people with healthy kidneys should avoid eating foods that contain phosphate additives.

Extra phosphorus may bind to calcium, pulling it away from the bones and making them brittle. And research is done on a link between increased cardiovascular risk and high phosphate levels. A study on more than 700,000 people revealed that their kidneys are functioning properly. Still, high phosphorus levels had increased the risk of a cardiovascular event (such as a heart attack or stroke) by more than 37% over those who consume less phosphorus.

Additives in food - Why are additives added to food?