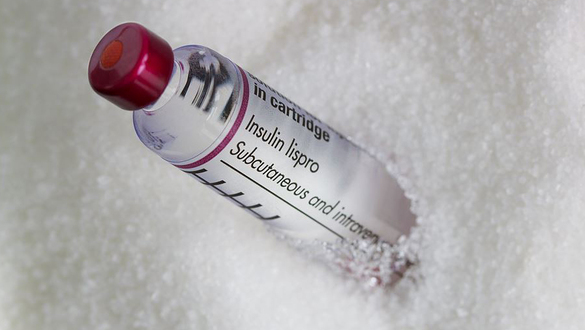 The FDA has approved the monoclonal antibody Tzield, produced by ProventionBio and Sanofi, for use in patients with type 1 diabetes, but only at stage 2. The goal of using this antibody is to postpone progression to stage 3, the worst possible outcome of the condition.

The Food and Drug Administration (FDA) gave its approval to a monoclonal antibody on Thursday. The antibody, which will be marketed under the brand name Tzield, has the potential to save patients years of expensive and time-consuming management of the chronic diabetic illness.

A blood test that is conducted in a laboratory that is able to identify autoantibodies is available to those who have a history of type 1 diabetes running in their families or who are otherwise worried about getting the illness. According to the findings of many studies, the majority of persons who have these diagnostic signs develop insulin dependence within five years, and virtually all of them do so at some point throughout their lifetimes.

In 2019, it was projected that 28.7 million individuals of all ages throughout the United States had been diagnosed with diabetes, which accounted for 8.7% of the country's population. Of these, 1.6 million adults aged 20 and over reported having Type 1 diabetes and requiring insulin. According to the Centers for Disease Control and Prevention, each year around 64,000 persons in the United States are identified as having insulin-dependent Type 1 diabetes.

The drug, developed by pharmaceutical firms ProventionBio and Sanofi, is a 14-day, 30-minute infusion that the FDA has authorized for use on children and adults with stage 2 type 1 diabetes that are at least 8 years old.

Type 1 diabetes 1 is a chronic autoimmune disorder in which the pancreas cannot make insulin. Insulin is an essential hormone that is responsible for regulating the quantity of glucose that is present in the circulation of the body. People with type 1 diabetes often have elevated blood glucose levels, meaning they must either get insulin injections or use an insulin pump to stay alive.

The immunological assault takes place over the course of many years and includes a wide variety of the immune system's components. Blood tests that look for antibodies that are harmful to pancreatic cells may be used to monitor children who are thought to be at risk for the condition.

Adaptive immunity is how the body modifies its immune response in response to certain infectious agents. T-cells are white blood cells that perform an essential role in the immune system and are at the core of adaptive immunity. The T cells function similarly to fighters by hunting down and eliminating specific invaders. These same T-cells are  suspected to be involved in the process of destroying insulin-producing pancreatic cells. It is believed that the drug works by reducing the activity of these T-cells. It is administered by intravenous infusions in the hospital once a day for fourteen days.

Tzield, as compared to those who received placebo infusions, resulting in a roughly three-year delay in developing type 1 diabetes in those study participants who had already established the illness. The clearance in the United States was based on an ongoing study with 76 participants. It is being administered to participants in the experiment who are between the ages of 8 and 49 and do not themselves have type 1 diabetes but have a close relative who does.

In separate clinical tests, the medication was given to several hundred persons who had just been diagnosed with type 1 diabetes to assess whether it lessens the illness's severity. Tzield has only been granted approval by the Food and Drug to delay the onset of type 1 diabetes in individuals who do not currently have the disease.

According to Kevan Herold of Yale University, who was involved in the development of the drug, the new strategy introduces the prospect of further delaying the onset of type 1 diabetes by including other medications that affect the immune system. Nobody is suggesting that this is the last word on the subject. Perhaps we might administer one medicine and then go on to something else."

The clinical studies included children and young people who had a close relative who suffered from the illness, in addition to the antibodies that are diagnostic of it. Because many people with type 1 diabetes do not have a close family suffering from the ailment, this strategy would not catch everyone who gets type 1 diabetes.

Investigations are being conducted on the use of other screening techniques, including genetic testing. Those who were determined to be at greater risk would still need frequent testing to determine whether or not the immunological onslaught had begun.

Screening programs allow for early diagnosis of diabetes in children, which allows for the earlier initiation of insulin injections. According to Rachel Besser at the University of Oxford, there is a significant benefit to having the ability to recognize children at an early age. "Hospitalizations, which are accompanied by trauma and suffering, are avoided as a result of this measure."

• Stage 2: There are no symptoms of type 1 diabetes, but the levels of glucose in the blood remain abnormal, and autoantibodies for type 1 diabetes are still present.

• Stage 3: The individual has high blood sugar levels and often exhibits signs of type 1 diabetes, such as frequent urination, dry mouth, exhaustion, and/or diabetic ketoacidosis. In most cases, type 1 diabetes is not identified until stage 3.

Tzield is recommended for those who have reached stage 2 of type 1 diabetes and have a family history of the disease. The previous study has shown that the effectiveness of Tzield decreases after beta cells have already been eradicated from the body.

In addition, the medicine may legally only be prescribed to patients who are 8 years old or older. This is a severe constraint because many individuals are diagnosed with type 1 diabetes before the age of 8.

Stage 2 of type 1 diabetes occurs one step prior to clinical diagnosis in the disease's progression through its three phases. In comparison to the placebo, the newly-approved medication was able to postpone the development of stage 3 illness by around two years in clinical studies.

Diabetes-related antibodies in your system and elevated blood sugar levels are both indicators of stage 2 diabetes. Nevertheless, individuals often do not develop symptoms until after they have been identified with stage 3.

A significant catch is that the cost is $13,850 for each vial, which equals $193,000 for the therapy over 14 days. This pricing is noteworthy in light of the recent attention paid to the rapidly rising cost of insulin. According to the findings of a research that came out in October, more than 1.3 million individuals in the United States missed doses, put off obtaining the drug, or otherwise rationed it because of its high cost.

According to the opinions of the specialists, the procedure may also save them thousands of dollars. According to figures provided by the American Diabetes Association, those who have been diagnosed with diabetes spend an average of $16,752 annually on medical expenditures, with more than $9,600 of those costs being directly related to diabetes.