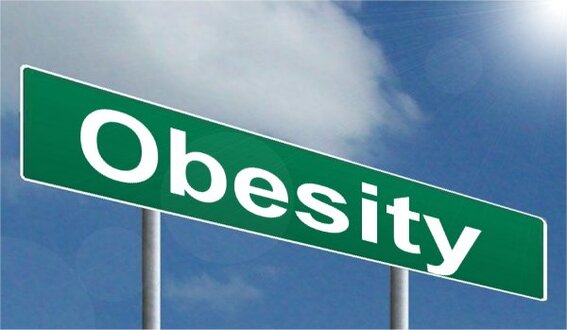 Tirzepatide is a diabetic and weight-loss drug developed by Eli Lilly. It could be the most effective weight-loss medicine on the market. The medication suppresses appetite by mimicking the effect of hormones released in the body after eating.

In a clinical trial of an experimental medicine being tested on obese and overweight adults, participants saw record-breaking weight loss — on par with surgical treatments, according to the firm behind the drug.

Tirzepatide, a once-weekly injection produced by the American pharmaceutical company Eli Lilly and Company (Lilly), is a weight-loss medication that encourages weight loss by mimicking the effects of natural hormones known as incretins. In addition to controlling metabolic processes associated with digestion, these hormones help lower blood sugar levels after eating.

In the case of tirzepatide, which is not yet available on the market due to additional clinical research, the medication is a synthetic mixture of two specific incretins known as GLP-1 (glucagon-like peptide-1) and GIP (glucagon-like peptide-2) that are involved in appetite regulation (glucose-dependent insulinotropic polypeptide).

This former hormone, GLP-1, is used to make the anti-diabetes medicine semaglutide, approved as a weight-loss prescription by the Food and Drug Administration in 2021, marking the first time the FDA had approved a new weight-loss treatment in several years.

That permission was granted based on data hailed as a "game-changer" in weight loss, but it appears that tirzepatide's formulation – which includes the addition of GIP with GLP-1 – can change the game once more.

In the ongoing SURMOUNT–1 clinical trial, which is evaluating the effects of tirzepatide, researchers included 2,539 patients who were either overweight or obese. The Phase 3 study findings were published in the journal Diabetes Care (with one weight-related comorbidity but without type 2 diabetes).

Individuals were given tirzepatide or a placebo for 72 weeks and encouraged to follow a low-calorie diet and increase their physical activity levels.

Despite the drug being administered at three different doses, all three groups experienced significant weight loss throughout the trial (Either 5, 10, or 15 mg in a weekly injection).

In comparison to the control group, the placebo group shed only 2.4 percent of their total body weight (2 kg or 5 lb).Previously, the semaglutide weight-loss trials showed an average weight loss of approximately 17%.

"In a phase 3 study, tirzepatide was the first investigational treatment to provide an average weight loss of more than 20%," says clinical research physician Jeff Emmick, vice president of product development at Eli Lilly and Company.

Lilly notes that, while the data have not yet been peer-reviewed, they will be in the near future. Meanwhile, research in the SURMOUNT-1 trial and related SURMOUNT trials continues, with results expected in 2023, according to the FDA.

Tirozepatide,  does not agree with everyone who takes it. While the average weight-loss results appear to outperform semaglutide treatment and are roughly comparable to the weight loss patients might expect from bariatric surgery, some participants in the tirzepatide arm experienced adverse effects.

Up to one-third of those taking tirzepatide may experience nausea, and diarrhea (affecting 18.7–23% of those who participated in the study) will be common. Still, it's important to note that these side effects affected only a small percentage of the participants. Due to vomiting and constipation, a limited percentage of volunteers dropped out of the trial. Side effects were common among those who had a strong reaction to the medicine.

Another potential barrier to taking tirzepatide is the cost, assuming that additional research results convince the FDA to approve the drug for weight-loss patients, which they almost certainly will. (The drug has previously been submitted to the FDA for consideration for use in the treatment of diabetes.)

Semaglutide, a weight-loss medication sold by the Danish pharmaceutical company Novo Nordisk under the brand name Wegovy, costs more than US$1,300 per month, and only a small number of patients can afford such a high-priced medication, especially since drugs of this nature are rarely covered by health insurance.

Assuming tirzepatide follows a similar pricing strategy when it becomes available, which is expected but not guaranteed, this could be another example of a potentially wonderful, life-changing treatment that many people will be unable to afford.

"The medications themselves appear to be excellent, but Wegovy is expensive, and the others are also likely to be," neurology and obesity researcher Stephan Guyenet told Gizmodo.

"This is especially true in the United States, where Wegovy is nearly four times as expensive as other countries. As a result, the primary issue becomes one of access."

Aside from the economics, the excellent results of these treatments indicate that we may change the treatment of obesity in the near future. Despite our best efforts, this complex and harmful problem has eluded us for decades.

According to the researchers, millions of patients worldwide will benefit from this new generation of obesity treatments if we keep our promise and provide equitable access to these medications.

According to Healio, Scott Kahan, director of the National Center for Weight and Wellness in Washington, DC, the findings are "extremely exciting, albeit preliminary data showing bariatric surgery-level weight loss from a medication," and the medication "is likely to provide numerous other metabolic benefits."

The continued development of tirzepatide and similar agents may herald a fundamental change in obesity treatment, similar to how statin medications transformed cholesterol and heart disease management.

Tirzepatide is not FDA approved, so it is not currently available by prescription. However, given the highly encouraging results of the studies, it is very likely that it will be approved in the coming weeks or months.