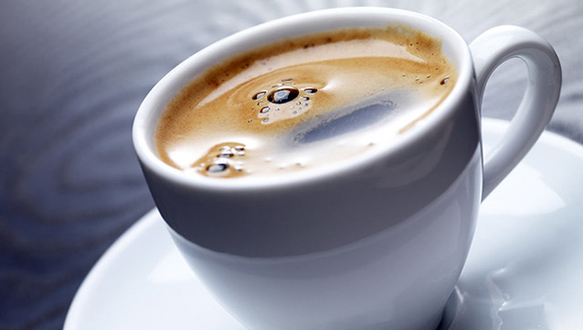 Consuming excess amounts of coffee can be extremely harmful to our digestive system and sleep cycle. However, when consumed in moderation, coffee can yield a wide array of health benefits, according to a new study conducted by the American Heart Association.

The study had been previously featured in the Framingham Heart Study (FHS), which has been monitoring a control group’s health since 1948. Before the end of the analysis, the researchers from the new report compared The FHS results with research documented in the Atherosclerosis Risk in Communities Study (ARIC) and the Cardiovascular Health Study (CHS).

After a recent 10 year follow-up, it was determined that participants in the Framingham Heart Study (FHS) who regularly consumed at least three cups of coffee a day reduced their risk of suffering a stroke or a heart attack by 30%. In fact, each cup of coffee reduces the risk of experiencing a cardiovascular event by as much as 12%.

The results are attributed to caffeine, specifically the antioxidants and plant chemicals found in caffeine that reduce inflammation in the body. According to the senior author of the new report Dr. David Kao from the University of Colorado, in a media release…

“The association between caffeine and heart failure risk reduction was surprising.”

“Coffee and caffeine are often considered by the general population to be ‘bad’ for the heart because people associate them with palpitations, high blood pressure, etc. The consistent relationship between increasing caffeine consumption and decreasing heart failure risk turns that assumption on its head.”

There was one alarming bit of information that every coffee consumer should keep in mind. Decaf coffee seemed to either induce the opposite effect or no effect at all.

Another important detail address was the optimal way to prepare coffee to ensure its health advantages. The study recommends that it be filtered and consumed black without sugar when preparing coffee.

The authors also wrote in this new paper…

“Higher coffee intake was found to be associated with reduced risk of HF in all three studies. Further study is warranted to better define the role, possible causality, and potential mechanism of coffee consumption as a potentially modifiable risk factor for HF.”

The new paper’s data has been corroborated by independently conducted research from the recent past. Up to 400 milligrams (mg) of caffeine or the equivalent of four cups a day is routinely cited by academics as the safest daily value for otherwise healthy adults.

The bottom line of the Framingham Heart Study (FHS) study:

“Enjoy coffee in moderation as part of an overall heart-healthy dietary pattern that meets recommendations for fruits and vegetables, whole grains, low-fat/non-fat dairy products, and that also is low in sodium, saturated fat and added sugars. Also, it is important to be mindful that caffeine is a stimulant and consuming too much may be problematic – causing jitteriness and sleep problems.”

“The risks and benefits of drinking coffee have been topics of ongoing scientific interest due to the popularity and frequency of consumption worldwide. Studies reporting associations with outcomes remain relatively limited due to inconsistencies in diet assessment and analytical methodologies, as well as inherent problems with self-reported dietary intake.”