Don't Slip Up, the Banana Peel is a Healthy Option 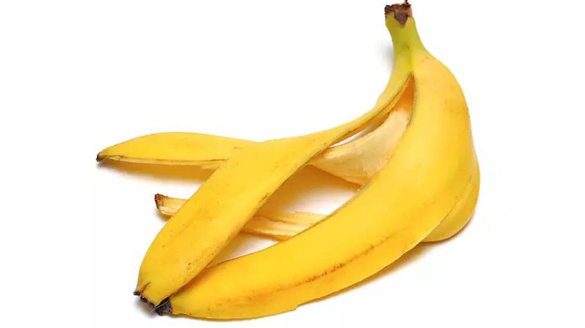 Even more dietary fiber may be found in the banana peel than in the fruit itself. High fiber diets aid digestion and may reduce cholesterol.

You waste delicious and healthy food every time you peel a banana and toss the skin away. The nutrients you're wasting have the potential to become as nutritious as the banana itself.

A recent study titled "Effect of the Addition of Banana Peel Flour on the Shelf Life and Antioxidant Properties of Cookies" demonstrated that banana peels, once blanched, dried, and ground into flour, can be used to make baked goods that have a flavor that is on par with or even superior to that of products made from wheat.

It's doubtful that you've ever considered using a banana peel in the kitchen unless you're either an avid follower of Nigella Lawson's recipes or a vegan food blog reader. However, not only is it free from any health risks, but research has also shown that it may really improve your wellbeing.

When the items they developed for their tests were put to a taste test, customers responded that they were as satisfied with the flavors as they were with peel-free sugar cookies.

In addition, you will get a substantial quantity of minerals and nutrients that fight cancer. Sugar cookies were created for the research project and were enriched with banana peels to have a greater amount of fiber, magnesium, potassium, and other antioxidant chemicals.

When made with an excessive amount of flour made from banana peels, cookies turned out to be slightly dark and hard, presumably as a consequence of the additional fiber in the banana peel flour. However, the texture of the cookies reached a far more pleasing equilibrium when batches were baked with flour containing 7.5% banana peel.

The fact that the items could be stored successfully on the shelf at room temperature for a period of three months was an added plus.

It has just come to light that making sugar cookie batter with the addition of flour made from banana peels results in a more nutritious end product. According to a study published in the journal ACS Food Science & Technology, researchers found that cookies made with wheat flour and some banana peel flour had a more gratifying flavor than cookies made with wheat flour.

The research aimed to investigate the effects of adding banana peels to baked cookies; nevertheless, the findings imply that using banana peel flour in other baked goods, such as bread, cakes, and pasta, would be something to think about.

For instance, research that was conducted on banana peel cake the previous year discovered that the yellow skin of the fruit lends a natural food color to the baked dish in addition to providing a nutritious boost.

Meanwhile, research conducted in 2016 discovered that it is possible to improve the protein, carbohydrate, and fat content of baked bread by replacing up to 10 percent of the wheat flour with banana peel flour.

Not into baking? Nigella Lawson has used banana peels in her recipe for curry, and in recent years, vegan bloggers have brought attention to the concept of using banana peels to make bacon and pulled peel "pork."

The banana peel is finding its way onto the plates of savvy customers, taking the place of pork in sandwiches called "pulled peel" and being prepared in the same manner as "bacon."

Food companies and end customers are looking for inventive ways to utilize every part of their vegetables and fruits, partly because of the growing interest in plant-based diets and methods for minimizing the amount of wasted food.

Consuming the fruit's peel is not only a wise decision from a nutritional standpoint but also helps cut down on the amount of wasted food. The peel of a banana makes up almost forty percent of its total weight, yet most of the time, people toss away this nutrient-rich layer of the fruit.

The same is true for the peels of other fruits, such as mango, which, like other fruit peels, was discovered to increase the antioxidant capabilities of a cake and enhance its taste.

Consequently, the next time you peel a banana to get to the fruit within, give some thought to retaining the skin. Your stomach could thank you in the future for it.