Deaths from Menthol Cigarettes May be a Thing of the Past, Finally 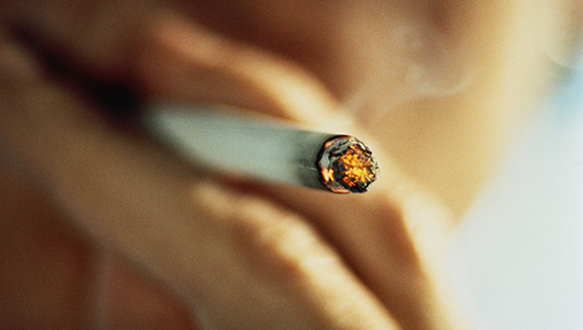 According to the Food and Drug Administration, one report found that prohibiting menthol cigarettes could save 633,000 lives by 2050.

The Food and Drug Administration has finally decided to ban the last flavor in cigarettes, menthol. It will also ban all flavors of commercially mass-produced cigars, which are preferred by teenagers.

Only personal use will be prohibited.

On Thursday, the Food and Drug Administration revealed their long-awaited decision to ban the last flavor in cigarettes — menthol — as well as a move and try to curb youth smoking.

The ban will only apply to sales, production, not importation.

“Together, these actions represent powerful, science-based approaches that will have an extraordinary public health impact.”

“We believe these actions will launch us on a trajectory toward ending tobacco-related disease and death in the U.S.”

African Americans suffer around 480,000 deaths each year from smoking-related illnesses, with smokers being a primary victim. Since the 1950s, menthol cigarettes have been heavily advertised on Blacks in the United States.

The menthol taste makes it easier for the smoker to become addicted and harder to quit.

While the number of Blacks who quit smoking has dropped from 42% in the 1960s to 14% today, the national average rate has fallen considerably.

Mitch Zeller, director of the F.D.A.’s Center for Tobacco Products, said in a news conference on Thursday morning said…

“For far too long, certain populations have been targeted and disproportionately impacted by tobacco companies.”

R.J. Reynolds, which sells the most menthol cigarette brands in the U.S., and Altria, which makes many menthol varieties, stated that they were not waiting for a ban that would be crippling to their operation in the U.S.

“The scientific evidence neither shows a difference in health risks between a menthol and a nonmenthol cigarette nor does it support that menthol cigarettes adversely affect initiation, dependence or cessation.”

“The F.D.A. cannot and will not enforce against individual consumer possession or use of menthol cigarettes or any tobacco product.

“State and local law enforcement does not enforce the Food, Drug and Cosmetic Act.”

The F.D.A.’s proposal addresses only production, distribution, importation, and selling of menthols. Individuals carrying or using menthol cigarettes are not affected by the banl. If a person can acquire the product, there are no enforceable laws to prevent them from using it.