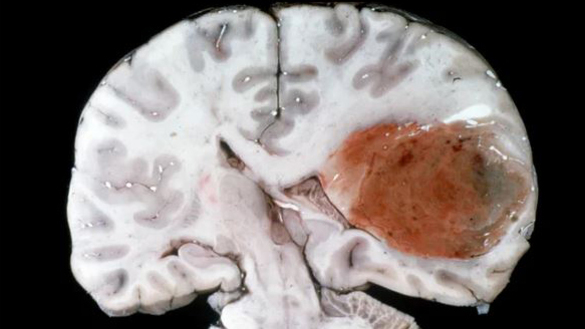 The research team concluded that astrocytes, which are cells found in the brain that offer support to nerve cells, are the ones that are in charge of controlling both of the systems. The tumor cells will perish and be killed if the astrocytes are absent.

These findings, as stated by the researchers, "provide a promising basis for developing successful treatments for GBM, an aggressive and up to now incurable malignancy," in addition to other types of brain tumors.

Although glioblastoma can occur at any age in the brain or the spinal cord, it usually affects older people. Glioblastoma can form in any location. This particular form of cancer can originate anywhere in the body. It is known to emerge in persons who have rare genetic diseases such as Turcot syndrome, neurofibromatosis type 1, and Li Fraumeni syndrome, but the bulk of its origins remain a mystery. Because mutations in a specific gene are responsible for many of the hallmarks of glioblastoma, and these mutations are found in persons who have these disorders, this is the case.

Seizures, nausea, vomiting, and progressively worsening headaches are among the first symptoms that patients experience. These tend to occur in the early morning hours and frequently become chronic or severe; the sort of seizures experienced is dictated by the location of the tumor within the individual's brain. It is estimated that only one individual out of every ten persons who are diagnosed with this form of cancer will live for at least five years after receiving their diagnosis. It is responsible for 48 percent of all primary malignant brain tumors and is the cause of death for more than 10,000 people per year in the United States alone. This statistic is based on research conducted in the United States.

The researchers emphasized that in GBM, "the tumor cells are exceedingly resistant to all known therapies," and unfortunately, the typical patient's life expectancy has not increased much over the previous 50 years. This is disappointing.

In what manner did they carry out the research that they had planned?

The lead investigator of the study was Rita Perelroizen, who is currently pursuing her doctoral degree at the Shmunis School of Biomedicine and Cancer Research, as well as the Sagol School of Neuroscience. Dr. Eytan Ruppin of the National Institutes of Health in the United States and Dr. Lior Mayo of the Shmunis School of Biomedicine and Cancer Research acted as the study's supervisors (NIH). After the article was published in the highly regarded scientific journal Brain with the title "Astrocyte immunometabolic control of the tumor microenvironment drives glioblastoma pathogenicity," a special commentary was written to highlight the article and bring attention to its findings.

They took a different tack in dealing with the challenges that GBM presented. Instead of focusing on the tumor itself, they went after the microenvironment of the tumor, which is the tissue that surrounds the cancer cells. This was done rather than focusing on the tumor itself. According to Mayo, "Specifically, we researched astrocytes, which are an important type of brain cells that maintain normal brain function. Astrocytes were first discovered approximately 200 years ago, and they were given the name astrocyte because of their star-like form. Over the last ten years, research that has been carried out by ourselves and others has unearthed additional astrocyte functions that either alleviate or exacerbate a number of different brain disorders. When viewed through a microscope, we were able to see that GBM tumors were encircled by astrocytes that were actively dividing. Astrocytes are thought to play a role in the development of glioblastoma tumors, so in light of this finding, we have decided to investigate this topic further.

The researchers discovered that in these star-like brain cells, cancer killed all animals with glioblastoma tumors within four or five weeks using mice in which they could eradicate active astrocytes around the tumor. The researchers needed the mice to carry out their experiments, so they used them. They used a novel approach to eliminate the astrocytes that were located close to the tumor, and as a result, they saw a remarkable improvement: the cancer vanished in a matter of days, and all of the animals who were treated lived. Furthermore, the majority of animals survived long after the medication was discontinued.

According to Mayo, "with the lack of astrocytes, the tumor rapidly disappeared, and in most cases, there was no relapse," which shows that astrocytes are important for the growth and survival of cancers. As a result, we concluded that it was necessary to research the fundamental mechanisms, specifically: "How is it that astrocytes can convert from cells that promote normal brain activity to cells that encourage the establishment of malignant tumors?" To discover answers to these questions, the researchers examined astrocytes' gene expression from tumors induced by glioblastoma and healthy brains.

They could determine the alterations in astrocytes after they were exposed to GBM because they discovered two key differences between the two groups. After the diagnosis, the immune system's response to glioblastoma was the first thing to change. There is a possibility that the mass of the tumor contains up to forty percent immune cells, the vast majority of which are macrophages that have been recruited from either the blood or the brain itself. Additionally, astrocytes can transmit signals that call immune cells to specific areas in the brain where they are required to give protection against potential threats. As further explained by Mayo, this study's findings indicate that astrocytes can keep performing their function even when there are glioblastoma tumors present. "However, once the called immune cells reach the tumor, the astrocytes 'persuade' them to 'change sides' and support the tumor rather than attacking it. This is accomplished by preventing the immune cells from attacking the tumor. This is done to prevent cancer from spreading to other parts of the body. To be more specific, we found that the astrocytes change the capability of recruited immune cells to combat the tumor both directly and indirectly. This serves to shield the tumor and enables it to grow.

The second mechanism by which astrocytes facilitate glioblastoma's growth is by changing the access that tumor cells have to the energy source. This is accomplished by the synthesis of cholesterol and its subsequent transfer to the tumor cells.

We made the startling discovery that the cells surrounding a tumor, known as astrocytes, are responsible for boosting the production of cholesterol and delivering it to the cancer cells. It takes a lot of energy for the malignant glioblastoma cells to go through the process of quickly dividing into new cells. Because the blood-brain barrier prevents them from accessing energy sources in the blood, they are forced to obtain this energy from the cholesterol that is produced in the brain itself. To be more specific, this energy is produced in the so-called "cholesterol factory" of the astrocytes. This "factory" is generally responsible for supplying energy to neurons and other brain cells. They conclused that, because the tumor relies on this cholesterol as its primary source of energy, cutting off the supply of cholesterol will cause the tumor to die of starvation.

Next, the researchers used genetic engineering to inhibit the astrocytes in the vicinity of the tumor from producing a particular protein (ABCA1) that is responsible for transporting cholesterol. This stopped the astrocytes from releasing cholesterol into the tumor, which was the intended effect. Again, the findings were somewhat startling; because the tumor was deprived of its supply of cholesterol, which is normally produced by astrocytes, it "starved" to death in a matter of days rather than weeks. These extraordinary findings, which were achieved in animal models as well as GBM samples derived from human patients, are compatible with the hunger hypothesis developed by the researchers and support their findings.

In addition to that, the research looked at databases containing information from hundreds of human glioblastoma patients and compared that information with the results outlined above. "For each patient, we investigated the levels of expression of genes that either suppress the immune response or supply the tumor with a cholesterol-based source of energy. According to what the research group noted in their paper, "We discovered that patients with low expression of these identified genes lived longer, which lends support to the hypothesis that the genes and pathways identified are relevant to the survival of glioblastoma patients."

"At this time, techniques to eradicate the astrocytes that surround the tumor are available in animal models; however, they are not available for use in people." The current obstacle that has to be overcome is the development of medications that target the precise mechanisms that occur within astrocytes that promote the formation of tumors. "Alternatively, current medications may be repurposed to inhibit the pathways discovered in this study," Mayo came to this conclusion at the end of his research. "We anticipate that the conceptual advances presented by this study may speed success in the fight against glioblastoma. We also hope that our findings will serve as a basis for the development of viable treatments for this life-threatening brain cancer and other types of brain tumors."