Common Health Therapies Can Put Your Life At Risk 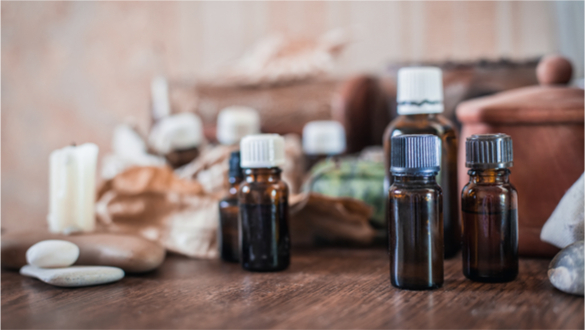 There are too many common health therapies people rely on that can damage their health. Take a few minutes and educate yourself.

Many people in the United States use complementary and alternative medicine to improve their health and well-being. According to the National Health Survey (NHIS), about 38 percent of adults use this type of treatment.

Conventional medicine (also called Western medicine or allopathic medicine) is medicine as practiced by those who hold titles of medical doctor and associated health professionals, such as physiotherapists, psychologists, and registered nurses. The limits that separate complementary and alternative medicine from conventional medicine are not absolute and, over time, certain complementary and alternative medicine practices can become generally accepted.

It is important to keep in mind that natural does not necessarily mean safe. This is the message of new guidelines published by the World Health Organization (WHO) to promote the good use of alternative medicines. According to this document, adverse reactions have doubled in the last three years, so it is essential to regulate its use and give consumers the necessary information to avoid unnecessary risks.

Currently, various therapies and medicines have been popularized that promise to improve an infinity of pathologies that conventional medicine has not been able to treat. However, the truth is that in many cases the safety and efficacy of these therapies have not been verified and their use can put at risk the lives of many people. Below are some of the most popular alternative therapies and the terrible effects they can have on health.

The internet is full of a myriad of home methods to eliminate toxins from the body and cleanse the colon and intestines, the vast majority of these methods, if not all, lack scientific basis and can also cause severe adverse effects and even death.

Such was the case of a 39-year-old woman who suffered permanent brain damage after consuming 1 liter of soy sauce in 2 hours to "cleanse the colon." Unfortunately, this is a popular method on the internet that has put at risk the lives of many people.

The patient identified as CG came to the emergency services with a rapidly deteriorating mental state, and with signs of dehydration. Based on the information provided and the clinical data, the doctors deduced that the patient had acute hypernatremia, that is, excessively high levels of salt in the blood. The doctors in the emergency room were responsible for hydrating her with the aim of diluting the salt content in her blood. After a few hours the patient began to stabilize, but still had alterations in the state of consciousness.

After four days in a coma, the patient regained consciousness, and the doctors could show that it had sequelae such as dysarthria (alterations in the articulation of words), dysphagia (difficulty swallowing), and quadriplegia (total paralysis of the arms and legs) due to brain damage caused by hypernatremia.

This method to cleanse the colon and eliminate toxins is based on half-truths. While it is true that sodium can drag a large amount of water to it, when excessive amounts of salt are ingested, it is absorbed by the intestinal villi and can reach all organs and tissues, causing cellular dehydration. Brain tissue is especially sensitive to this situation, rapidly developing a clinical condition called pontine myelinolysis characterized by the destruction of nerve cells in the central nervous system, specifically the brainstem.

Several studies have shown that approximately 15% of adults in the United States use some type of medicinal herb to treat various types of diseases. Contrary to popular belief, far from being safe, herbal remedies carry a high risk of liver toxicity, in some cases with fatal consequences.

The root of the Bixa Orellana plant, better known as Annatto or achiote, has been used for many years to treat many chronic and acute diseases, including viral hepatitis. Paradoxically, several cases have been reported in which the consumption of this plant leads to serious alterations in the hepatic metabolism. According to pharmacological studies, consumption of annatto root infusion can aggravate and worsen the evolution of viral hepatitis.

Hepatitis A is a contagious liver infection caused by the hepatitis A virus (HAV). This disease is contracted by eating food or drinks contaminated with the feces of patients infected with the virus. Most cases of hepatitis A are mild and only require symptomatic treatment; patients usually recover completely within 15 days. However, several cases have been reported in which consumption of annatto root during the course of this disease leads to chronic liver damage, and can even generate irreversible liver failure leading to death. The most severe cases have been observed in children and adolescents.

Natural weight loss supplements can cause kidney failure and cancer

For several years serious kidney alterations have been reported in people who use herbal remedies containing plant species of the genus Aristolochia spp. This genus has about 320 species throughout the world, distributed in the temperate zones of both hemispheres. The renal toxicity caused by these plants is due to a toxic substance called aristolochic acid.

In recent medical literature have been published several cases of interstitial nephritis due to the consumption of Chinese herbs used to lose weight, hence that this form of fibrosing nephritis, rapidly progressive and irreversible, is generically called "nephropathy by Chinese herbs."

One of the most striking cases occurred in Belgium, where a group of women continuously consumed a preparation of Chinese herbs containing as part of a naturopathic therapy to lose weight. Of the 105 women who consumed this preparation, 43 developed end-stage renal failure due to fibrosing interstitial nephropathy, of which 31 were transplanted and 12 required hemodialysis. Taking into account the potential carcinogenic effect of aristolochic acid, 39 patients accepted to undergo a prophylactic nephroureterectomy (surgical removal of the kidney and ureter), after carrying out a histological study of the extracted tissues it was found that 18 patients had urothelial cancer, and 19 presented severe epithelial dysplasia (premalignant condition).

Colon enemas have been used for millennia by different civilizations. In the not so distant past, 1928, Dr. Gerson began to perform coffee enemas as a technique of detoxification and therapy against cancer. The technique was widely discredited by the scientific community and fell into disuse. However, today, thousands of people undergo coffee enemas in their own homes or the consultations of "alternative doctors." This situation is a source of discord between scientific and non-scientific medicine.

According to many alternative therapists, the curative effect of coffee enemas is based on the belief that caffeine administered rectally can stimulate the expulsion of toxins through the bile; it was also thought that these enemas were able to stimulate the activity of liver enzymes with antioxidant activity.

Given the popularity of the technique, several scientific studies have been carried out to evaluate the effectiveness and safety of this method. The results of these studies show that the statements that establish that the coffee enema stimulates the liver and favors the elimination of toxins are false and have no scientific basis.

Although the coffee enema can be effective to evacuate the intestines, it does not offer any advantage over laxatives, since it is an invasive technique that can lead to many complications that put the patient's life at risk.

The use of coffee enemas carries a risk of dehydration, electrolyte imbalance, renal failure and alterations of the intestinal flora. Also, cases of rectal perforation, serious infections, air embolisms, colitis, among others have been described.

Chelation therapy is a medical procedure that involves the administration of chelating agents for the removal of heavy metals from the body. Chelation therapy has a long history of use in clinical toxicology and remains in use for some very specific medical treatments such as lead poisoning. This therapy must be administered under strict medical supervision since it has several adverse effects including death.

In recent years, the use of chelation therapy as a part of alternative medicine in the treatment of diseases such as autism, coronary problems or Alzheimer's has spread on the internet. This type of treatments carried out at home involves great health hazards.

Several health organizations including the FDA have confirmed that there is no scientific evidence to demonstrate the efficacy of chelation therapy for any purpose other than heavy metal poisoning. Over-the-counter chelation products are not approved in the United States, so marketing them is a violation of federal law.

Chemicals used in chelation therapy have a wide variety of potentially serious adverse effects such as fever, vomiting, seizures, respiratory failure, hypertension, hypotension, cardiac arrhythmias, and hypocalcemia, which can cause cardiac arrest. In Pennsylvania, a 5-year-old child with autism died as a result of cardiac arrest during chelation therapy, the responsible physician was sued by the child's parents and was suspended for three years from practicing his profession.