Coffee Drinkers Have a Better Chance of Living Longer 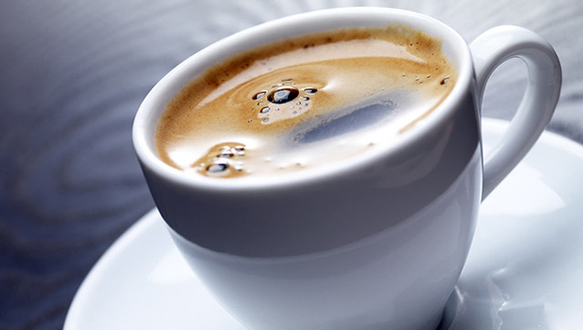 The findings of the research were recently presented in an article in the European Journal of Preventive Cardiology. Researchers discovered that "substantial decreases" in mortality and cardiovascular illness were connected to "mild to moderate intake" of ground, instant, and decaffeinated coffee. These diseases include coronary heart disease, cardiac failure, and ischemic stroke.

The findings of the study showed that the participants who drank two to three cups of coffee daily experienced the greatest risk reductions in contrast to those who did not consume coffee. According to the European Society of Cardiology, this quantity of ground coffee was associated with a 27% reduction in the risk of death, followed by a 14% reduction for decaffeinated coffee and an 11% reduction for instant coffee.

The study involved 449,563 participants between 40 and 69 years old, each of whom began the research free of arrhythmias or other cardiovascular diseases. The median age was 58 and 55.3% were female. Participants completed a questionnaire asking them how many cups of coffee they drink in a day and which kind (instant, ground, decaf) they consume.

They were then categorized as having zero, one, two, three, four, or more than five glasses daily.

The majority of the participants reported they drank instant coffee (44.1%), with 18.4% drinking ground coffee and 15.2% drinking decaf. The non-coffee drinkers (22.4%) made up the rest.

Participants were followed for about 12½ years. About 6.2% of the participants died over the course of the study. Researchers found that all types of coffee were associated with reducing death from any cause. However, the group that drank two to three cups per day noted the biggest health benefits. Compared with those who did not drink coffee, ground coffee drinkers had a 27% less likelihood of death. The results showed a 14% and 11% reduction for those who drank decaffeinated and instant, respectively.

Two to three cups of ground coffee a day lowered the risk of cardiovascular disease by 20%, followed by 9% for instant coffee and 6% for decaf, according to a study by the European Society of Cardiology

It was discovered that drinking ground and instant coffee, but not decaf, can lessen the risk of having an abnormal heartbeat known as arrhythmia. A daily consumption of four to five cups of ground coffee and two to three cups of instant coffee resulted in a 17% and 12% reduction in the occurrence of arrhythmias, respectively.

In a press release issued by the European Society of Cardiology (ESC), the lead author of the study, Peter Kistler, who is also the head of clinical electrophysiology research at the Baker Heart and Diabetes Research Institute in Melbourne, Australia, stated that "our findings indicate that drinking modest amounts of coffee of all types should not be discouraged but can be enjoyed as a heart-healthy behavior."

Kistler suggested that the health advantages of coffee may be due to other substances in coffee, as the study indicated that drinking either caffeinated or decaffeinated coffee was associated with positive health outcomes.

Caffeine is the component of coffee that is most well-known, but according to Kistler, the beverage contains more than one hundred components that have a biologically active role. "It is quite likely that the non-caffeinated substances were accountable for being the cause of the favorable connections that were identified between coffee intake, cardiovascular disease, and survival."

According to the Mayo Clinic and Johns Hopkins Medicine, previous research has indicated that coffee may give various health benefits, including protection against liver disease, Type 2 diabetes, Parkinson's disease, Alzheimer's disease, and heart attack.

However, it is difficult for researchers to attribute these results simply to coffee by themselves. According to the opinions of several experts, living a healthy life is also influenced by a great number of other elements.

For instance, a study that was published in the journal Circulation: Heart Failure in 2021 revealed that persons who drank increasingly more caffeinated coffee had a lower risk of developing heart failure. This was one of the conclusions drawn from the study. Although senior author Dr. David Kao, the medical director of the Colorado Center for Personalized Medicine at the University of Colorado School of Medicine, emphasized how significant this result is, he also pointed out that additional research is required.

We haven't been celebrating the possibility of a connection between drinking coffee and having a longer life expectancy for the first time just because of the research that was described above.

In addition to making us feel a little wired, a recent study indicated that consuming three cups of coffee a day could potentially add years to our lives. The findings were published in the Annals of Internal Medicine.

The researchers found that those who drank the most coffee had a decreased chance of dying compared to those who lived without drinking coffee. This was the case even after they accounted for lifestyle characteristics such as smoking and diet.

And additional studies indicated that people who drink two to three cups of coffee daily have a 13% lower risk of passing away prematurely compared to people who don't drink coffee at all.

Also subject to significant variation are research groups. The research published in Tuesday's issue of the European Journal of Preventive Cardiology analyzed data from over 450,000 people who had never been diagnosed with arrhythmias or any other kind of cardiovascular illness before participating in the study. They were separated into categories according to the amount of coffee they drank daily and the sort of coffee that was their primary beverage of choice.

Regular Coffee Consumption for Chronic Disease Prevention and Longevity: Too Good to be True?