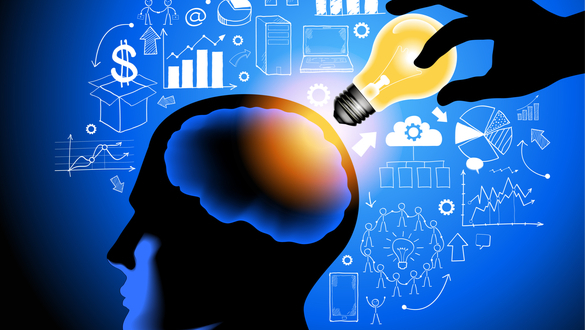 Negative impacts on children's mental and social health and a lack of physical activity are common sources of parental concern regarding video games. A recent in-depth study, however, hints that the popular hobby may also have cognitive benefits.

Playing video games may have some positive effects on one's cognition, according to an intriguing new study recently published in JAMA Network Open. The study discovered that children who played video games consistently scored significantly higher on some cognitive skill tests than those who never played video games.

Although there is very little genuine scientific evidence to back this up, there is a widespread presumption that video games harm children's health and development. A rising amount of modern research that is more sophisticated than previous studies has found that the impacts of children spending too much time in front of digital screens are complicated and multifaceted.

This new study looked specifically at video games' cognitive and neurological effects on a large group of young children. The participants were all under the age of 10. The researchers questioned around 2,000 youngsters between the ages of nine and 10 for the Adolescent Brain Cognitive Development (ABCD) Study, a massive continuing investigation of the development of the adolescent brain and cognitive abilities. Around 800 of the participants reported playing video games for at least three hours each day, whereas the remaining 1,200 participants said they had never played video games.

According to research conducted by the Entertainment Software Association, more than half of all people in the United States play video games. This finding shouldn't come as a surprise, given the vast selection of gaming consoles and handhelds on the market. Even commonplace Smartphones have the potential to become preferred platforms, as evidenced by the large number of gamers that play only on their mobile devices. In addition, an overwhelming majority of adults agree that games can serve educational and enjoyable objectives, demonstrating that modern culture knows the benefits of gaming despite the pervasive perception that it might induce aggressive behavior in children and teenagers.

Two different activities were used to evaluate each group.

To determine how effectively they could control their impulses, they were instructed not to press anything when they saw a "stop" signal.

As a test of their working memory, participants were given a second task in which they were shown pictures of people's faces and then asked whether or not another image provided later on matched.

The team used statistical methods to control for variables that could skew the results, such as parental income, IQ, and mental health symptoms, and found that the video gamers consistently performed better on both tasks. This led them to the conclusion that video gamers are more likely to have better mental health.

During each activity, the children's brains were scanned using a technique called functional magnetic resonance imaging (fMRI). Brain scans of those who played video games revealed increased activity in areas related to attention and memory.

The study's authors concluded in their paper that "the results offer the fascinating potential that video gaming may provide a cognitive training experience with observable neurocognitive effects."

According to Chaarani, it is not possible to determine at this time whether improved cognitive performance is the cause of increased gaming or whether it is the outcome of expanded gaming.

As the team continues their research and takes another look at the same youngsters when they are older, they are hoping to obtain a more definitive answer.

This will help rule out the possibility that other potential factors are at play, such as the children's family environment, the amount of exercise they get, or the quality of sleep they get.

Although around the age of 10, children tend to favor action games like Assassin's Creed or Fortnite, future research could benefit from knowing what genres of games the children were playing in their free time.

According to Chaarani, an excessive amount of screen time is detrimental to both one's overall mental health and their level of physical activity.

On the other hand, he stated that the findings suggested that playing video games would be a more beneficial use of screen time than watching videos on YouTube, which has no noticeable cognitive effects.

The kids in the ABCD research will be followed until they are young adults. According to Chaarani, this will make it possible for academics to determine whether or not playing video games actually comes before any increases in cognitive capacities.