Childhood Vaccination Rates Have Dropped the Most in 30 Years 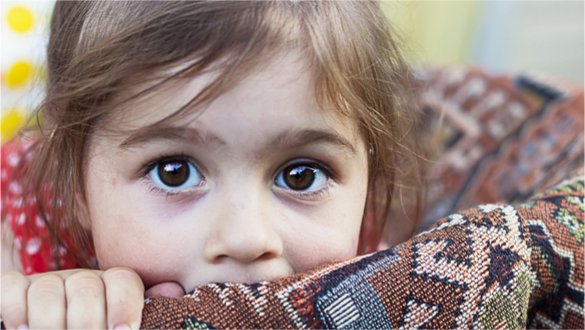 During the preceding two years, around 25 million children worldwide did not receive all or a portion of their recommended childhood immunizations. The majority of these children live in the world's poorest countries.

According to the research, this is the largest step backward in routine immunization in the past 30 years. It has produced conditions that, when coupled with the rapidly rising rates of malnutrition, that have the capability of placing the lives of millions of young children at jeopardy.

According to a new study conducted by UNICEF, the United Nations agency that vaccinates half of the world's children, and the World Health Organization (WHO), a combination of conflicts, climate emergencies, misinformation campaigns, pandemic lockdowns, and efforts to vaccinate against COVID-19 diverted resources. Conflicts and climate emergencies were also a factor.

According to official data that was published on Thursday by WHO and UNICEF, the percentage of children who received all three doses of the vaccine that protects against diphtheria, tetanus, and pertussis (DTP) decreased by five percentage points between 2019 and 2021, bringing the total down to 81 percent.

The level of vaccination coverage within and between nations can be measured using this vaccine. "We are currently observing the longest-lasting decline in the rate of childhood vaccinations in a generation. The decline, according to Catherine Russell, the executive director of UNICEF, "is a red alarm for child health." The level of the sanctions will be determined by the number of lives lost, "She said.

The decline was attributed to a number of different factors, some of which include an increase in the number of children living in conflict zones, an increase in the spread of misinformation, disruptions in service and supply brought on by the COVID-19 pandemic, and lockdowns that limited the effectiveness of outreach campaigns.

According to Kate O'Brien, director of the department that oversees immunization, vaccines, and biologicals for the World Health Organization (WHO), the pandemic "compelled parents and families to choose between putting food on the table and getting their children vaccinated."

The biggest numbers of children who had not had their vaccines during the course of the previous two years were found in the countries of India, Nigeria, Indonesia, Ethiopia, and the Philippines respectively.

Brazil, a country that was formerly regarded for its unusually high vaccine coverage rates, was featured on the list of the ten countries that were affected the most by the outbreak. In comparison, almost 26 percent of children living in Brazil in the year 2021 had not been subjected to any form of vaccination. In comparison, only 13 percent of people had done so by the end of 2018.

She also stated that during the pandemic, anti-vaccination groups that had previously been relatively ineffective in Brazil arrived in the country and began spreading misinformation on social media platforms written in Portuguese.

And all of this was taking place, according to Domingues, at a time when Brazilians were a generation removed from the deadly illnesses they were being encouraged to vaccinate their children against, prompting them to question the necessity of the practice.

"Parents don't know the impact of measles or polio, so they start picking and choosing immunizations," she added. "Measles is one of the most preventable diseases." It is evident from the data that the acceptance of the pneumonia vaccination is significantly higher than that of the polio vaccine. "Parents are deciding not to have their children get polio. They ask, "It's been 30 years since there's been a case of polio; thus, do I still need to do this?"

And yet, she added, there is a glaring warning sign that they are in danger: Six years after Brazil announced that the disease had been eradicated, a small number of measles cases were discovered early this year in Sao Paulo. "Measles is already circulating – that provides us a clear example of what may happen with diphtheria, meningitis, and so many other diseases," she added. "Measles gives us a concrete example of what could happen with diphtheria, meningitis, and many other diseases." The previous year, forty-three percent of infants in the Philippines had no immunizations.

According to the Centers for Disease Control and Prevention figures, vaccination coverage for kindergartners declined across the country in the 2020-2021 school year. This is part of a troubling decline in children's immunization since the start of the epidemic.

Coverage for three vaccines that are required by states for public and private schools, including measles, mumps, and rubella (MMR), diphtheria, tetanus, whooping cough (DTaP), and chicken pox (varicella), decreased by approximately one percent to roughly 94 percent, with the majority of states reporting a decrease. At the national level, 2.2 percent of kindergarteners had at least one vaccine exemption. During the school year, 4 percent of kindergarteners who did not have an exemption had not had their most recent MMR dose.

Childhood immunization rates plummeted drastically due to families staying home during the epidemic's early stages, and they have been difficult to recover since then. In the past two years, the Centers for Disease Control and Prevention (CDC) has seen a drop of more than 10 percent from pre-pandemic levels in the number of orders states have placed for Vaccines for Children. This is a federal program through which approximately half of the children in the country have been immunized.

Georgina Peacock, acting director of the Immunization Services Division, stated that the decline in vaccination rates for the school year 2020-2021 "means that there are 35,000 more children in the United States during this time period without documentation of complete vaccination against common diseases."

In addition, she mentioned that enrollment in kindergarten for the school year decreased by ten percent. This indicates that around 400,000 fewer children joined kindergarten than projected who would not have been up to date on their routine immunizations.

During the epidemic, many children did not receive their vaccines, and experts and practitioners in the field of public health believe that there are a number of variables that are contributing to the slow recovery of this statistic.These factors include parents who are still catching up on medical visits and a spillover of hesitancy toward the Covid-19 vaccine into attitudes toward routine immunizations.

The politicization of vaccines, the widespread dissemination of false information regarding routine immunizations, and the fact that diseases such as measles and polio are so uncommon in the United States have all contributed to the phenomenon of parents having second thoughts about whether or not they should vaccinate their children.

During the epidemic, many children did not receive their vaccines, and experts and practitioners in the field of public health believe that there are a variety of factors contributing to the poor recovery of this statistic.

The states reported a variety of factors that contributed to the lower rates, including the reluctance of parents to make appointments, the submission of less paperwork to schools, the easing of vaccination requirements for learners in remote areas, and staffing shortages to collect data.

WHO report shows largest backslide in childhood vaccinations in 30 years